One of my favorite history tutors  recently went home to his reward — David McCullough.

Since March of 2020, I have been a grateful participant in one-on-one tutorials by many authors through LIBBY.* (The library reading App)

And David McCullough was one of my favorites. 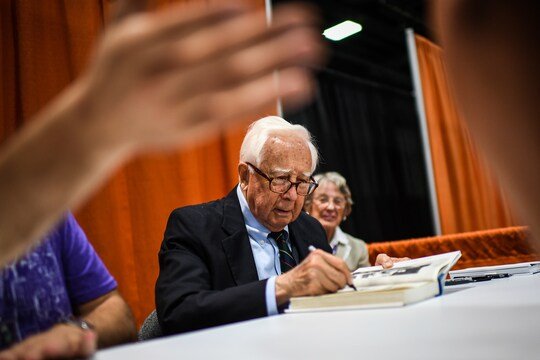 A WRITER and a Painter . . . He saw writing and painting as connected disciplines.

His books  have made connecting with former times a delight  and a necessity, in these times where so much gets “canceled!”

In his own words:

“You can’t be a full participant in our democracy if you don’t know our history.”

“A nation that forgets its past can function no better than an individual with amnesia.”

David McCullough has been a consistent, compassionate reporter of times past; his own calm voice sometimes narrating the grand stories he’d unearthed.

He was also a painter — I learned that watching PBS’ tribute to him!

Reviewing the books to which I  have listened these past few years, let me say, the man was both a literary  portraitist and landscape artist.

Beginning in May of 2021, I listened to 1776 which encouraged me to listen to other bios on George Washington and Thomas Jefferson by other authors.

Then, I listened to Brave Companions: Portraits in History.  THAT book was a restorative and antidote to all the divisiveness.

It took awhile, but when I finished Truman I realized how much I did not know about the times in which I grew up.

“What was most striking about the long course of human events, Truman had concluded from his reading of history, were its elements of continuity, including, above all, human nature, which had changed little if at all through time. “The only new thing in the world is the history you don’t know,” he would one day tell an interviewer.” ― David McCullough, Truman (my emphasis)

The Johnstown Flood — I believe McCullough’s first book — was a spell-binding nightmare!

“The drowning and devastation of the city took just about ten minutes.”― David McCullough, The Johnstown Flood

(BTW: Another book  on nature’s force, Isaac’s Storm by Eric Larson, underscores how fragile life is.)

Mornings on Horseback, painted quite  a portrait of Teddy Roosevelt and his early times and explained perhaps the origin of a quote by TR I love:

Do what you can, with what you’ve got, where you are.

Most recently,  I listened again to  The Greater Journey: Americans in Paris.  It did not disappoint, again  introducing me the people who were often just names on an outline of history.  McCullough convinced me

“Not all pioneers went west.”

Hearing David McCullough describe the subjects of this book it sounded like he has written a literary diorama to help me understand heretofore unknown  American heroes. (Interview)

I think I’ve  spent a wee bit too long in the company British royalty! (lol   Updates from the Porch ) 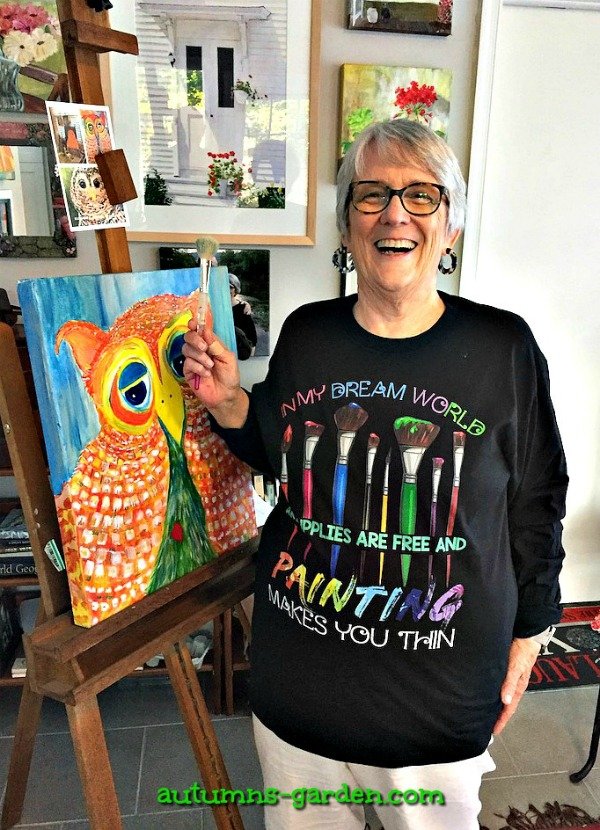