About the Super Bowl 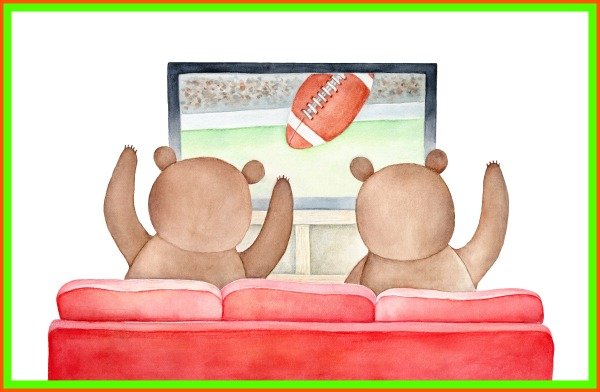 The first Super Bowl I watched was on a Sunday afternoon in 1973, the seventh Super Bowl. Doug and his father and I watched the Miami Dolphins play the Washington Redskins.  No, I had no clue, but it was a fun afternoon.

Tonight I am watching the fifty-third Super Bowl. Forty-six years later, I still don’t understand what I am watching, but Doug does. (I think even our granddaughter understands football better than I do.) It’s still fun, though, to watch Doug watch, and he is still patient, explaining what’s happening.

Now here I am trying to say something about a Super Bowl game. I didn’t want to watch it.  I felt like a traitor tuning in.

I haven’t gotten over seeing the botched call against the New Orleans Saints a couple of weeks ago. What a heart-breaking image of dashed hopes!  One of the players said:

“It was pass interference, but we didn’t get the call.” ~ LB DeMario Davis

Well, I understand that!

Watching a football game –especially one that has so much bound up in it, is like watching a bunch of life lessons: a lot of fumbles, a few completed passes, too many incomplete passes and flags; but a couple of really great touchdowns!

Watching the commercials confuse me more than the game!  What were they thinking?

Well, it’s over now — I didn’t have any skin in this game.

I am glad we taped Masterpiece Theatre.

The reason women don’t play football is because eleven of them would never wear the same outfit in public.  ~Phyllis Diller