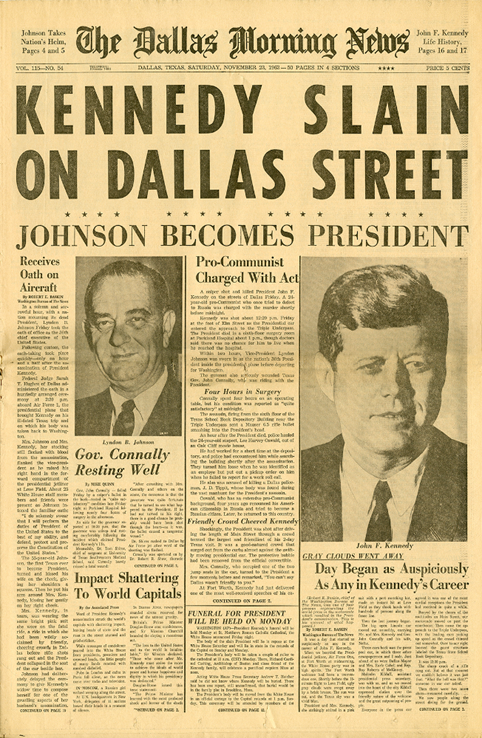 Friday afternoon at Towson High School, in the class, “Problems of Democratic Living” taught by Miss Cora Dunn, I fought back the stupor that followed lunch and a smoke break. Thanksgiving was coming, so that meant a short week – we’d be off Wednesday the 27th at noon.

A startling loudspeaker announcement jolted me out of my apathy. Mr. Wheeler, our principal announced the President of the United States had been shot in Dallas – shortly after I think he simply relayed Walter Cronkite’s terse language: We just have a report from our correspondent Dan Rather in Dallas, that he has confirmed President Kennedy is dead.

And so began one of the biggest problems in democratic living, for which the class had not prepared me. We had never discussed how assassination could change   everything, even as life went on as usual.  Miss Dunn never told us how up close and personal the medium television could become, or how emotionally exhausting and partisan it would be – all problems in democratic living.

The day following, television gave me an image as stark as it has been indelible: I saw Lee Harvey Oswald shot to death by Jack Ruby.

That image showed me what evil begets. I saw how unprepared I was to live in a world that wasn’t the hopeful frontier Mr. Kennedy had eloquently urged us to conquer. Jack Kennedy’s words were wonderful – they are wonderful! They made me think about what I could do:

However, I never heard him talk about the potency of forces that oppose doing good for others in this world.  And since I was not part of any faith community, the closest religious interpretation of that weekend’s events I could see was exterior photos of church services.  What I did know of God He was locked in liturgy that made Him [seem] wholly inaccessible.

It was two decades later I learned that another man died on the same day – C. S. Lewis.  (Assassination Overshadows Lewis’ Death) He described the battle, the struggle against tyranny, suffering and its attending pain in simple words and complex images.  C. S. Lewis also wanted people to serve one another – do extraordinary things for each other – but for a wholly different reason than I had heard in that grand Inaugural address by Mr. Kennedy.

If you read history, you will find that the Christians who did most for the present world were precisely those who thought most of the next. It is since Christians have largely ceased to think of the other world that they have become so ineffective in this.  C.S. Lewis

The inspirational memory of all that was lovely about the Mr. Kennedy’s words and his image should refocus our national conscience and renew our zeal to serve and excel. The truth, however, is that as long as we dismiss the Lion and the White Witch as merely characters in a grand fairy tale, and that Peter, Edmund, Lucy and Susan have nothing to teach us about why life hurts so much, we forfeit our grand goals.

Apart from the power of an infinite powerful God, our great country is just a drop in the bucket of time. (Isaiah 40: 15-17) And we will live with dashed hopes, disappointment, pain, and suffering and wonder how could this have happened. 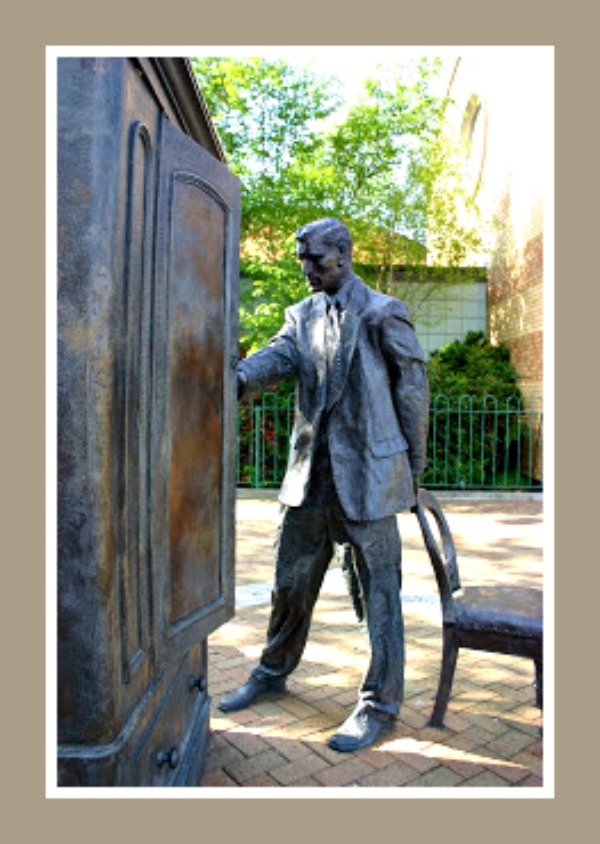 The Man and the Wardrobe