Americans Know Bad Law, Even When We Pass Them

Just when I had come to believe Americans were coming to understand the sanctity of the lives of the unborn, and seek better ways to protect them, and their mothers, I read the state of

New York, with a newly empowered Democratic legislature, legalized late-term abortion on Tuesday and removed criminal penalties for botched abortions or other violence that leads to an in utero baby’s death. The sweeping law would remove the state’s ability to prosecute a Kermit Gosnell–type offender or a person who kills a child in utero through domestic abuse, for example . . . [They ordered]  the World Trade Center to be lit in pink in celebration. (Abortion Expansion)

Not even a pretense of sorrow over the loss of life those lawmakers showed!

How do I – or any Christians – stand up and oppose this? Boycott? March? Debate? Plead? Or, simply weep and mourn for the slaughter – and let so many be led – propelled to vicious deaths?

Every couple of years, I have written about abortion. Big Deal.

It’s still a problem, and a big problem in the church –(Women Go from Church to Abortion Clinic). I don’t know what more I can say again to comfort or convince a woman and man facing an unplanned pregnancy that the child they created has the right to life.

Pictures do not work – neither does a rant. I am and will keep praying God intervenes. I thank Him for those who serve at life clinics. Thank you too to LIFE Magazine whose photographic essays over the years on the developing human baby made me rethink my initial enthusiasm for Roe v Wade.

Yep – I have been part of the uncritical social thinkers who valued personal peace and affluence over the challenges bringing a life into this world. I am sorry and truly repent. So, may I keep putting my money where my mouth is.

It can’t be an accident  that today the folks at Park Forum asked  its readers to pray through the three stories in Matthew 25, about the foolish virgins, the cowardly steward and the goats. ( The Trinity of Neglect) God knows I saw myself in it.

We do not err because truth is difficult to see. It is visible at a glance. We err because this is more comfortable. ~Alexander Solzhenitsyn

My heart is breaking. And I am going to repeat myself –  Americans Have Known Right from Wrong Even as We Made Bad Laws 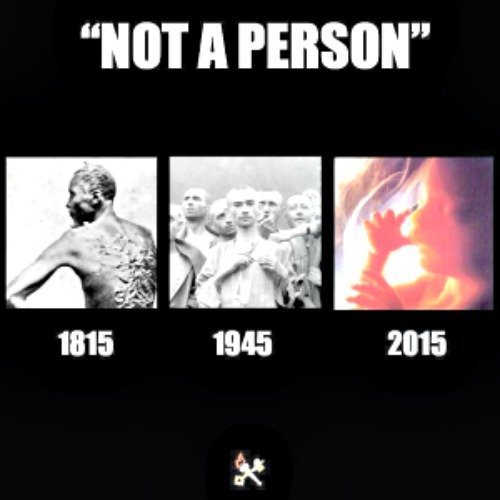