An Idol Is Not a Right 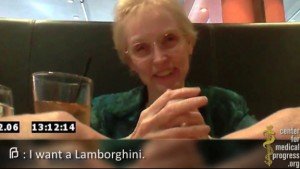 When I jumped on the prochoice bandwagon, it never crossed my mind how many children would lose their lives; it never registered that my tax dollars would contribute to its availability – Americans spend $1.26 million a day to keep Planned Parenthood operating. *

Several influences, however, coalesced in the mid 1970’s and I changed my convictions. For many years, affirming unborn children’s right to life was an uncomfortable decision, but it never cost me anything – except grief when trying to express my opinion. **

Recent revelations about some doctors discussing how to harvest organs from babies whose lives were ended by abortion is sinking in, breaking my heart again, and deeply troubling my mind. I can’t stop thinking about the babies.

One commentator said, We’ve been anesthetized by the news of 55 million abortions. (Brit Hume)

What will it take to wake our consciences up?

There is no easy way to say what we are doing is wrong, supporting an organization that is not really helping women and their unborn babies. It would be great if the press in our nation were as deliberate in jolting our sensibilities as they were in 1945. When the Americans liberated the death camps in Germany, they made sure the Germans toured the camps. But too many of us in the church and in our nation are not forced to see the cost of what we are excusing – so that our unplanned pregnancies can go away.

God can turn us around – He will turn us around – the question remains if that is what Christian churches want, and if there is time to persuade our fellow citizens to rethink and serve women and men who have created children for whom they cannot care.

But the people would not listen and continued to follow their former practices.   So while these new residents worshiped the Lord, they also worshiped their idols. And to this day their descendants do the same. (2 Kings 17:40-41)

Relying on gentle words from a wise man, and gentle friend, spoken in the public arena: Help us to respect the dignity that is the divine gift to every human being. (Richard Israel)

And thank God for the faithful folks who have stood for life, offering hope and help to women in need make plans to care for their babies, or release them in the arms of other loving parents!

* “ . . . [T]axpayers are sending $1.26 million tax dollars a day to support the nation’s No. 1 abortion conglomerate.” (How Can Tissue Donation Buy a Lamborghini? )