Fear Can Look A Lot Like Hate to Some Folks 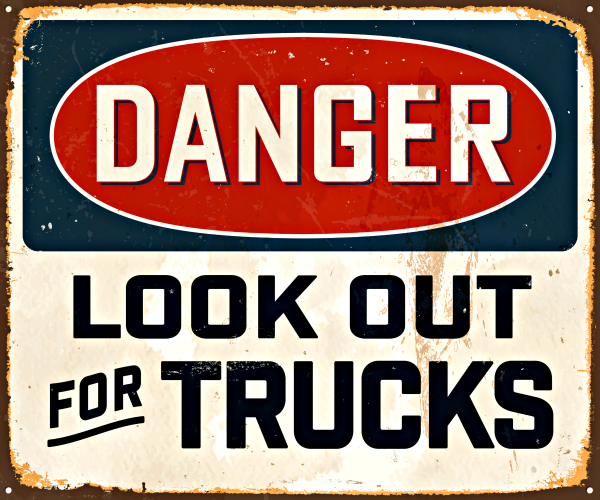 I Believe A Truck IS Coming

“How much do you have to hate somebody to believe that everlasting life is possible and not tell them that?” the well-known magician Penn Jillete asked on a facebook video.

Frankly, that question smacked me upside my oh so prone people pleasing head – or, maybe it is my know-it-all notions of who might be interested or dismissive of the Gospel. I have been wrong way too many times, when I failed to speak the truth in love.

Once upon a time, sharing the truth that Christ died for my sins and yours, and lives to pray for us was all I wanted to do. But, I was not such a winsome or wise evangelist. I talked more than listened; lectured rather than persuaded, and gave up, instead of persevering. Worse, I failed to pray.

A couple of reasons excuses:

The Gospel of Grace, though, is not about my failures to present the Gospel and my hypocrisy in living out what I know is true: I am a sinner saved by grace, prone to wander, and leave the God who never leaves or forsakes me. None of my lame excuses should keep me from telling you, as Penn described, a Mac truck is barreling toward you, and will take you out even and especially if you can’t see it coming.

C.S. Lewis saw that, alas, some of us would be more miserable in heaven with the Lord, than alone in the flames of Hell. (The Great Divorce) I fail to remember that GOD is at work, now, changing hearts and minds – especially those who say He doesn’t exist. God is real, and He freely offers you and me a hope and a future that is both right now and not yet.

I may not communicate this well to you, but I can and do ask GOD to bring you, the messenger who will – and may He, the Lord, grant you ears to hear, eyes to see, and a new heart that says YES, to His invitation. (Ezekiel 36:26)

Love you readers! Watch Out for Trucks!