Why I Can’t Agree With Anything You Say 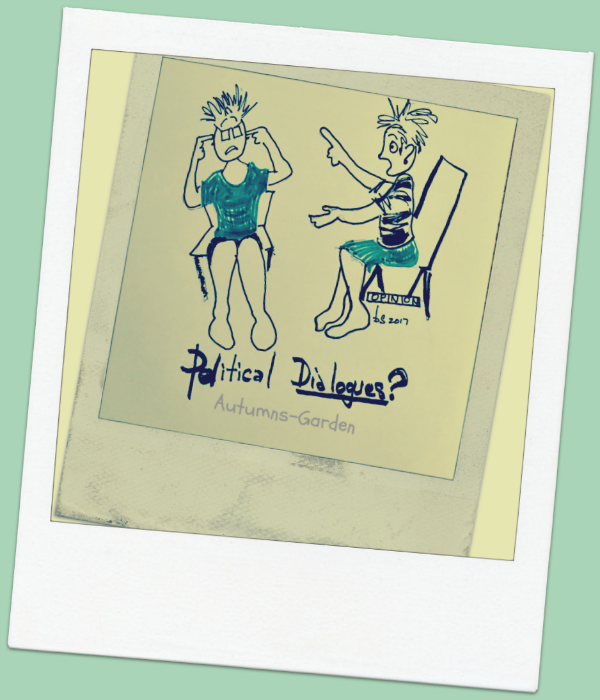 Listening is the Beginning of Hearing

My brain may be the culprit, and the reason I can’t agree with anything you say!

According to the MRI scans, the areas of the brain that were triggered control deep, emotional thoughts about the subjects’ personal identity. When these parts of the brain were stimulated, the subjects felt challenged and became defensive, shutting down any willingness to accept counterarguments. (Jim Denison)

And yet, I have changed my mind about political leaders, and cultural icons.

Once upon a time – in college – I was convinced of the rightness of left-leaning world-views. Then I traveled to South America and lived for a spell, seeing a view of a different world. A world where infant coffins were sold in markets, children begged on the streets, and a political coup attempt put soldiers who looked younger than I on the streets with machine guns!

Next, marriage, kids, and running our own business while caring for parents reformed my politics. Life showed me I had not learned as much as might have learned with that BA degree! So, too, did a growing faith that God did not die and leave me in charge.

Social media – talk radio – influenced me – until the biting satire collided with the commands that Mr. Denison cited:

“Good Christians make good citizens” (Justin Martyr). Here’s why: We are commanded to pray for our leaders (1 Timothy 2:1–2) and respect those in authority (Romans 13:7). We are to refuse all slander (1 Peter 2:1), treating our opponents with “gentleness and respect” (1 Peter 3:15).

So, we decided that when we mentioned the President and those in authority to pray and not condemn. That’s worked for almost three decades.

Alas, though, now the starkness of what happens when secularism trumps the culture rattles me. My poor old brain is on overload from all the challenges!

I May Need Brain Surgery!

What’s hardest to hear is the failures of the church to be bearers of Christ’s image. Or, when I have said or done something that makes someone close to me say: I thought you were a Christian. (True story, I’ll save for another time)

I feel we have sailed into treacherous seas; I believe we are not going anywhere God doesn’t know about. (Psalm 139) I don’t want anyone to refuse the offer to climb aboard the rescue boats God is sending to this generation because of me wanting the last word in a political struggle! And that is a change from how I once viewed politics!

A man convinced against his will is of the same opinion still. (Ben Franklin)

Janie Cheaney urges me to remember that my political opponents bear the image of God as surely as those folks whom I think agree with me on matters social, religious, and political. (Very High Stakes)