Dealing with My Own Closed Doors 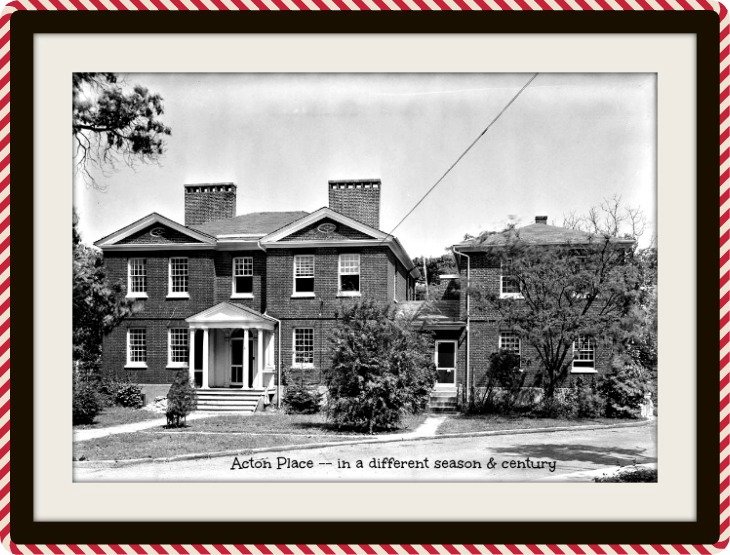 We are Christmas-ing in a picturesque apartment in Annapolis. It was once part of the carriage house for an 18th century Georgian townhouse. Part of its charm is the height of its ceilings, 12-15 feet, as well as the expanse of its rooms. The drafts its dimensions enable, are not! Keeping the doors of its rooms closed, however, maintains comfortable warmth generated by central heat.

“Close the door!” echoes what I heard when I visited my grandmother in Jonesville, South Carolina. Her home was a one-story farmhouse – started in the late19th century and modified as needed throughout the early 20th century.  Those rooms were also spacious, with high ceilings, and large windows – a blessing during the hot summers, but less so in the chilly winters, when the only heat was a gas heater or open fireplace, depending on the room.   As I scurried between the rooms in this place, I can hear voices echoing from long ago urging me to “Close that door, BARBARA!”

Closed doors protect and conserve energy – literally but also emotionally. Closed doors often are a metaphor how I can keep hidden my hurts and failures, and how I keep out unsettling thoughts. It makes good sense in some ways:

But sometimes I can be so in the habit of closing doors that I shut out a person or an experience because of fear or skepticism – or crankiness – and miss a great blessing. To that point, a bit of wisdom from the Swedes cautions me against closing doors for the wrong reasons.

The afternoon knows what the morning never suspected. ~Swedish Proverb

Instead of assuming sorrow is all the afternoon knows, and shutting doors, why don’t I live expectantly – being willing take hold of even hardship, knowing its advent is not meant to harm, even if it might well be a doozy of a difficulty? (Genesis 50:20)

I can’t say I have mastered this, especially in the times in which we live – just thinking about the events of this year past is reason enough to keep lots of door shut tight! But I am relying on One who invites my prayers, even ones I utter from behind my own closed doors; and especially ones for which I have no words. ( Hear my prayer, Lord)

The heart has its reasons of which reason knows nothing. Blaise Pascal 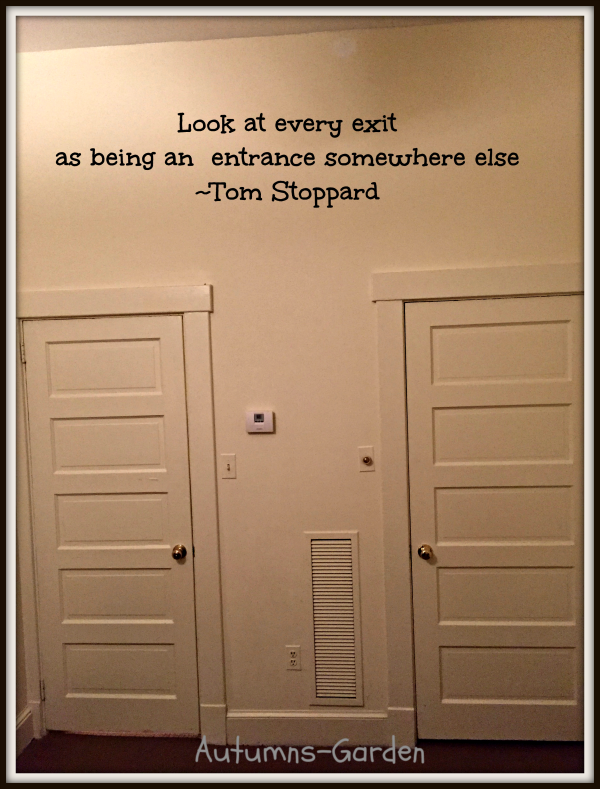