Deep Thoughts on Painting Yet Another Owl 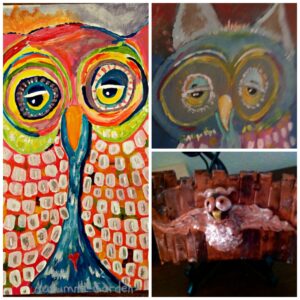 Some of My Owls

A friend asked for one of my owls – the crazy owl I “copied” from my former art teacher’s collection.

Do you know how great it is to have a work in progress? Even if it is a crazy owl?

Not having a familiar work in progress is perhaps one of the saddest realities in an autumn’s garden. So, having opportunities to be productive, creative, and useful is a big deal!

Over the hill is not how I like describing myself, but as one sage put it, I am high enough for a nosebleed. This weekend past clinched the unavoidable reality of my age. It was the fiftieth anniversary of Woodstock.

I am one of the few aging hippies who did not go to the original gala. Camping has never been my thing, even when I bought the premise that three days of music and partying could be a peaceful revolution in troubling times.

But the golden anniversary failed to materialize. Just as the initial hopes for a better world did not materialize.

What saddens me is that [so many of] the white Boomers, who had such plans for tearing down barriers, and opening up minds and hearts, are growing old in a time of more upsetting, in-your-face racial and class hatred than we experienced coming through the ‘50’s and ‘60’s.

Presidents Truman, Eisenhower, Kennedy, and Johnson made us take a hard look at how we were treating each other.  At least in their public statements – we didn’t yet know about the tapes in the Oval Office.

Yes . . . but social media today, all the news and views, colors my hindsight, making memories look oh so good. (Never of Woodstock, though)

Another anniversary, though, is coming up – that of what history calls the murders by the Manson family.Whatever jubilant, peace-loving hopes drugs, sex and rock and roll had promised died with the news of what happened that August weekend in 1969.

The recent mass murders make me look back to that summer in 1969 – I choke. But,  maybe that awful August was the first baby step I took back to the God I was trying to ignore?

I wanted relief from all the bad news of the day. So, I made choices that were not smart at the time – were downright dangerous and dumb.

Being able to pick up a brush – think and write are three great purposes, I have today.

In the heart-breaking, suffocating  day that today is, may I also commend the God who allowed me to take a U-Turn?

He is not the author of disorder, and He rises now to show you compassion.  God Is not like Tinker Bell, who will whisk away tears and troubles – but He will walk with you; will not leave you, and will bear your burdens with you. 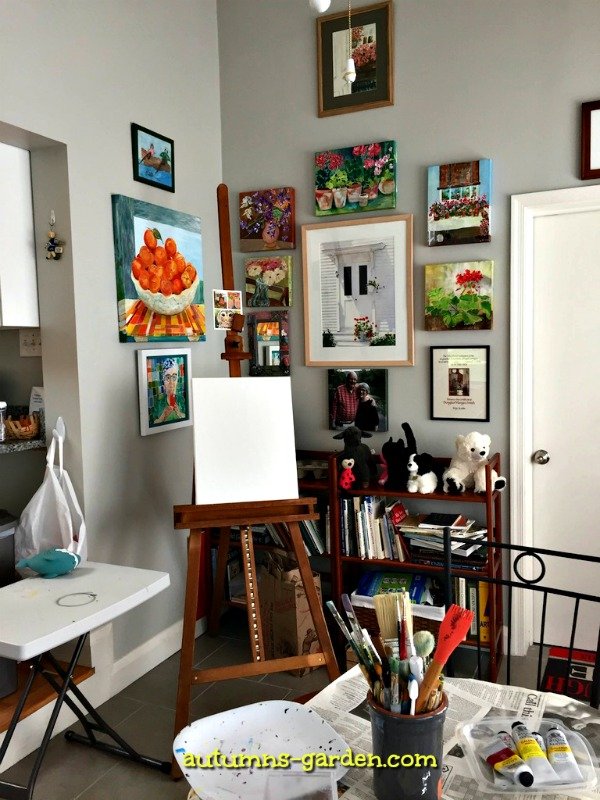 I’ll keep you posted on the owl!