Play the Game — Don’t Just Run the Clock Out!

Football on a Sunday Morning

I don’t understand much about football. But I got the analogy the pastor made. How big a deal do we make about “out-of-bounds” in football, Pastor Ron Williams from Park Cities Presbyterian Church asked? We go nuts, he answered! – Flags, whistles, instant replays; penalties.

He then wondered, how concerned are we about crossing boundaries God has established?

And I took that personally!

The world has always played outside His bounds, enjoying its own games – ones I thought looked like fun. Boy! Was I wrong! Those games, the longer I played, were hard, exhausting, and unpredictable. I understand that now. They sure looked easy and good at the time, though – still do.

So, I am glad the Lord brought me into another game – His game – and gave me time to play.

Following the rules of the God’s game may make my life better – or more complicated, or hard. No, following rules isn’t why  I  am on His field, with teammates.

While I want to win, I do not want to trip up other folks, either His players, or those not yet recruited.

God knows I have done just that.

So, each morning I wake up on this side of the sod, I realize God’s telling me to suit up – and get out there and play His game! Don’t just run out the clock, kibitzing about how badly the world is playing, or the errors others make.

In other words, while repeating an old refrain:

Wars and elections are both too big and too small to matter in the long run. The daily work — that goes on, it adds up. ~Barbara Kingsolver, Animal Dreams 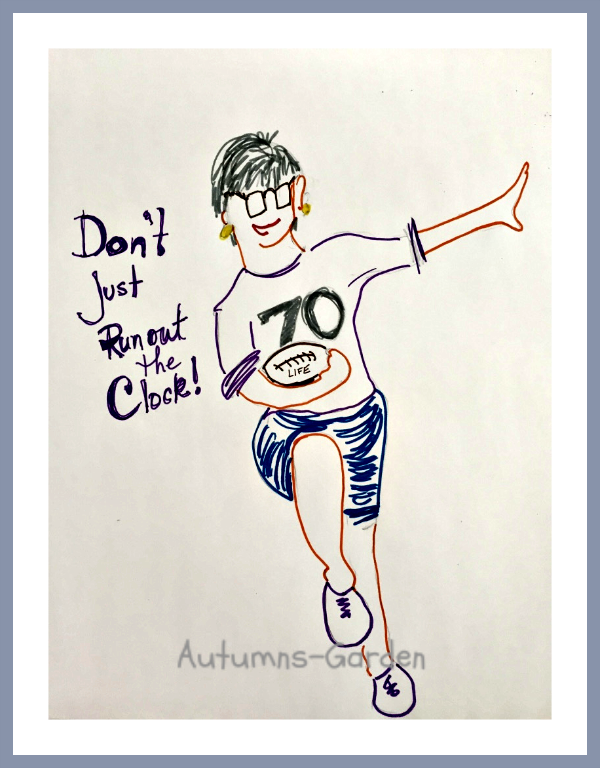 Don’t Just Run Out the Clock! Play the Game!