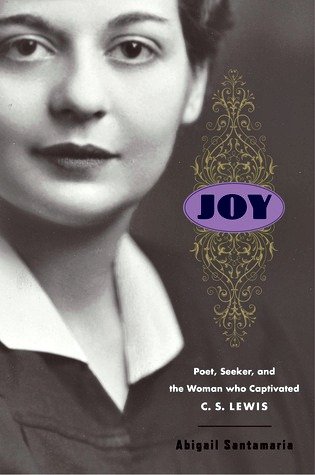 I Doubted Joy Gresham Lewis Could Teach Me Much

As I literally ZIPPED through this bio, alternately feeling shock, repulsion, and unbelief, I doubted Joy Gresham Lewis was a woman who could teach me much about living through uncertain times. I did not like her!  And I thought I knew her — when I began  Joy: Poet, Seeker, and the Woman Who Captivated C.S. Lewis by Abigail Santamaria.

A third of the way in, I realized I did not — and frankly Joy Gresham didn’t seem at all like  the woman who was glamorized if you will in the movies about her “pursuit” and marriage to C.S. Lewis.

I don’t know how open-hearted I would have been to such a woman – yet she is one for whom the Lord came – and perhaps a good archetype of women He still seeks today – a half-century later. She was at once repellent, abrasive, but somewhat appealing. She was far different a character than the one in “Shadowlands.”

Then the meme came to mind:

“Don’t judge others because they sinned differently than you.”

Abigail Santamaria, the author, has created a powerful portrait of a woman coming of age in the early twentieth century, a century that affected people through mass migrations and horrific wars. She offers glimpses into rise of communism, and atheism in America; how hard-working, good, families can get so messed up;  alcoholism, Dianetics, and how God still finds the most hidden hurting heart and heals the most unlikely ones. It is well-written, well-documented, and a good read proving what my father always said: “There are 3 sides to every story: his, hers and the right one.”

As the end of her life and the book came, and the battle cancer was ending their marriage  she and her husband, “Jack” – prayed that:

“[W]hatever is [God’s] will for the body, the minds of both of us may remain unharmed; the faith unimpaired may strengthen us, contrition soften us and peace make us joyful.” (Joy, page 352)

A useful prayer to guide the heart of this autumnal gardener . . .

I look forward to hearing your thoughts, and comments on what you learned from a woman very much like the one our Lord met at an ancient Samaritan well! (See John 4)