I Did the Same Stupid Thing She Did! 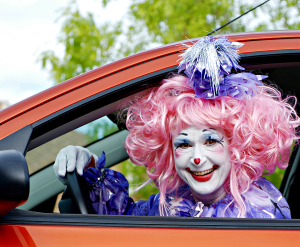 My Reaction Wasn’t Funny or Cute

The other day, I had a green light, and prepared to turn left onto a moderately busy residential street. As I pulled out a young woman literally sailed through the intersection, traveling fast, and looking only straight ahead.

Slamming on the brakes I laid on my horn. I felt irritation and fright – a few feet more and BAM! But sounding the horn didn’t slow her down — She did not look around.

Honking loudly — Did I want her to lose control and crash? No, I wanted  to make her see what a jerk she was – but I almost made a similar spectacle of myself.

When, in my indignant distraction, I then ran the now yellow light and completed my turn on a red light.

Never mind the other driver – had I lost my mind?

Reacting badly to another person’s dingbat driving – I topped her craziness!

Calming down, I thought about how similar my feelings were  over the recent US Supreme Court decision redefining marriage. I was charged up –not because the Court made a law that guarantees rights to do what God says is wrong – but because so many Christians approved what the Court did. (Cognitive Dissonance on a National Scale) It is galling and alarming seeing Christians barreling through a dangerous moral intersection in our nation’s history, affirming a right to do wrong.

Flash back to the mid 1970’s when my minister tried to explain why abortion on demand was an inevitable right for the church to embrace, and the denomination adoption agency on whose board I served refused to fund outreach services to women facing unplanned pregnancies. That worried me and made me mad –

Fortunately, some wise people helped me see wiser and kinder ways than blowing a horn at reckless people speeding along their way:

Changing Americans’ minds about abortion has taken years of concrete loving service and legal advocacy. In the decades after Roe v. Wade, no argument changed people’s minds the way prayer, love and service has. Yes, the losses have been terrible — almost 58,000,000+ little lives. But we have won legal concessions that have saved many lives, and served women and men who face unplanned pregnancies. And many folks heard the Gospel of grace, and were saved.

Changing Americans’ minds about changing the definition of marriage will be no easier. How we express ourselves matters! And so do the deeds we do, and the spirit in which we serve. No angry horn honking! It was said:

The Bible teaches followers of Christ to refuse all kinds of behaviors, homosexuality is just one. It also teaches affirmatively that we are to put on love, compassion, and good deeds, especially toward our enemies.

And in love, we are to tell the truth. God will judge – we are to persuade.

. . . A friend of mine in ministry once suggested that all human beings are three bad days in a row away from becoming a tabloid headline, and most of us are already on day two. All have fallen short, as the Good Book reminds us, even our clergy. That goes for every denomination and theological persuasion under the sun. (. . . A few thoughts about my friend Tullian ) 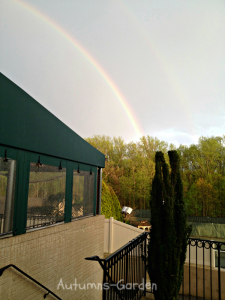 The Rainbow Is God’s Covenant Illustrated