Imaginary Friends and Their Oh So Convenient Lies

Editor’s Note: I took this post down earlier to reconsider the words I used to describe so personal an experience – I did a little editing. Please know that changing my attitude about alcohol did contribute to not just my recovery but others in my family found recovery too. Alcoholism is a problem for 33 million Americans – in and out of the church.* The church can do better helping individuals and families recover, by learning about the nature of the disease and community resources, as well as speaking candidly about the cost, mental, physical and spiritual in faith communities. And we can be better friends, too. 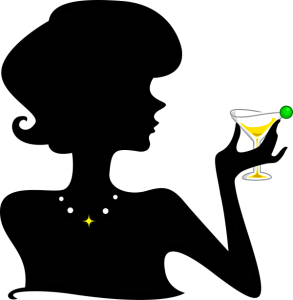 The Me I Wanted I Be

Whom we choose for friends shapes many subsequent choices we make, especially if we fear losing the friend.

Awhile back, I saw in the obituary of Charles Kennedy, a Scottish politician, a brief sketch of alcoholism which captured the power alcohol can exert on those of us who were determined to stay friendly with an enemy:

But British politics also left its mark on him. Elected at the age of just 23, politics and the House of Commons became his life whilst alcohol was his friend, his prop and his curse. (BBC.com)

Friend, prop, curse – yep, that about sums up my friendship with alcohol.

When I was growing up, I had an imaginary friend, I am told – one I conveniently blamed for my transgressions of clear rules. Messes and other mishaps were always Cousie’s fault. Never mine. When I grew up, I chose another friend, whose friendship was as imaginary as Cousie’s – but whose destructive power was real – through my choices.

Alcohol was a friend I wanted to make, even as a child. In my immature imagination, seeing how some of my parents’ friends entertained — cocktails before dinner, wine, after dinner drinks — seemed sophisticated, portending peace, conviviality, and good conversations. Of course, I was in bed before the crazy talk and behavior, which often flowed with all that booze, drowned out all the good conversation. Also, magazines ads in the 1950’s and –early 60’s featured stylish women and men enjoying classy drinks, and smoking, too – and appearing to have a swell time.

So, I thought I heard alcohol tell me it could show me how to grow up. Even as I could see alcohol was not much of a friend to some in my family; it was a “closet friend” – causing weirdness, fights, or icy silences.

However, I thought we could still be friends, because alcohol promised many things, and became a preferred prop although it delivered on none of its promises after it set me free from some inhibitions. I found out later some of those inhibitions weren’t all bad.

When I finally I sampled alcohol, it was not at an elegant dinner party – it was with a bunch of friends at a drive-in movie, where I discovered alcohol didn’t promote intelligent conversation. Nonetheless, alcohol became a close friend who promised much and delivered nothing but stuff I never intended to be part of my life. It gave me permission to do stupid things that brought heartaches that only felt better with my friend by my side.

I thought I could control alcohol – at least I imagined I heard it say it would play nice if I just enjoyed it openly and often. For many years, that’s exactly how we stayed friends.

Consequently, as Mr. Kennedy’s obituary observed, alcohol’s “friendship” became a prop. Alcohol supported me each step I took away from applying myself to living my life; alcohol created a thirst only it could quench – but never did. It dominated my thoughts as I thought about how to enjoy all my friend’s promises that I could be witty, relaxed, and competent with just one drink – of course, imbibing only good stuff  served in posh glasses.

Serendipitously, about this time I thought my family’s drinking problems were going to damage me, so I went to my first Al-Anon meeting. I was startled to find fellowship, help, and acceptance I never found with my friend, alcohol. In fact, it was through these meetings, the twelve steps and a higher power I could see alcohol was no friend, and I needed to break off this friendship before it sank me – becoming the curse that robbed me of my sanity or my life.

Taking that first step – admitting I was an alcoholic — took a while, because my life was not unmanageable — at least to the casual observer. And I did not want to stop drinking, really. My drinking may not have seemed excessive – to my drinking buddies — but they didn’t know the craziness that had taken up residence in my head, always on the look-out for the next drink!

Always, alcohol let me imagine I was in control – mostly. It told me I wasn’t as bad as _____________________, because I watched their drinking closely. And alcohol kept reminding me how much fun we could have – how free I would be of all those memories of mistakes, failures, and frustrations.

Every time, I believed that lie, and  took a drink,  every time the euphoria faded after the first couple of sips. Now I could see my friend was no friend but I could not end it. I needed those lies to live with myself – that’s not why social drinkers drink. Which is how I described myself, as a social drinker, to doctors who asked: I just enjoyed an occasional drink or glass of wine.

Until that is, I finally met another Friend – who was able to show me how much I really did drink – openly. Christ showed me that alcohol had been as deadly a plague for me as a swarm of locusts had been for Israel. And He made quite a promise to restore what seemed impossible to bring back. (Joel 2:25) Here was a friend who offered to pick up my considerable tab, never leave me, and set me free from my former alcohol’s power. (Proverbs 18:24)

Because I didn’t hit what I thought was the bottom associated with alcoholism – being on the street or locked up – it was hard admitting my own powerlessness and unmanageability over alcohol and my life.   Now, I have learned, I was always one drink away from an unthinkable, horrifying bottom. My bottom came, when I realized I was more interested in having another glass of wine than listening to my husband explain an important turning point in his life.

That truth reverberated like a clanging gong in my head for hours!

Nevertheless still I hesitated. Maybe if I switched to only vodka, or white wine, or red wine only – or just brandy, life might in fact be that one, long classy dinner party – where we all look good, get waited upon, and sound smart, and can drink forever.

Alcohol had told kept telling it was safe, as long as I drank openly – no covering up. But now I could see I wasn’t one who could ever safely drink because being friends with even a glass of wine became more important than being my husband’s trustworthy companion. When I realized that, I got the idea that alcohol was fixing to show me who really was in control of the friendship.

So, I let go – I quit listening to alcohol’s suggestions there were easier and softer ways of coping – although I can still hear the whispers, What can one drink do to you, anyway? It will relax you, take the edge off . . . they are powerfully enticing – and convenient.

God can and will stop the lies.

What the departed Charles Kennedy and I shared was the determination to keep too long a false friend who was never a support and always a curse.

If you, kind reader have heard alcohol promising to be a good traveling companion, able to calm anxiety, enable courage, making you witty, attractive, or, successful: check your hearing! Do not be ashamed to ask for help! If religion is not quite your cuppa tea, fair enough; then please consider a fast growing social club –AA — the only one no one wants to join, but all are welcome who want to stop drinking.

Hoping the Friend who truly helped me will be your help today – gentle reader, on whatever path is before you.

Wine makes you mean, beer makes you quarrelsome— a staggering drunk is not much fun. (Proverbs 20:1)

Blackout: Remembering What I Drank to Forget