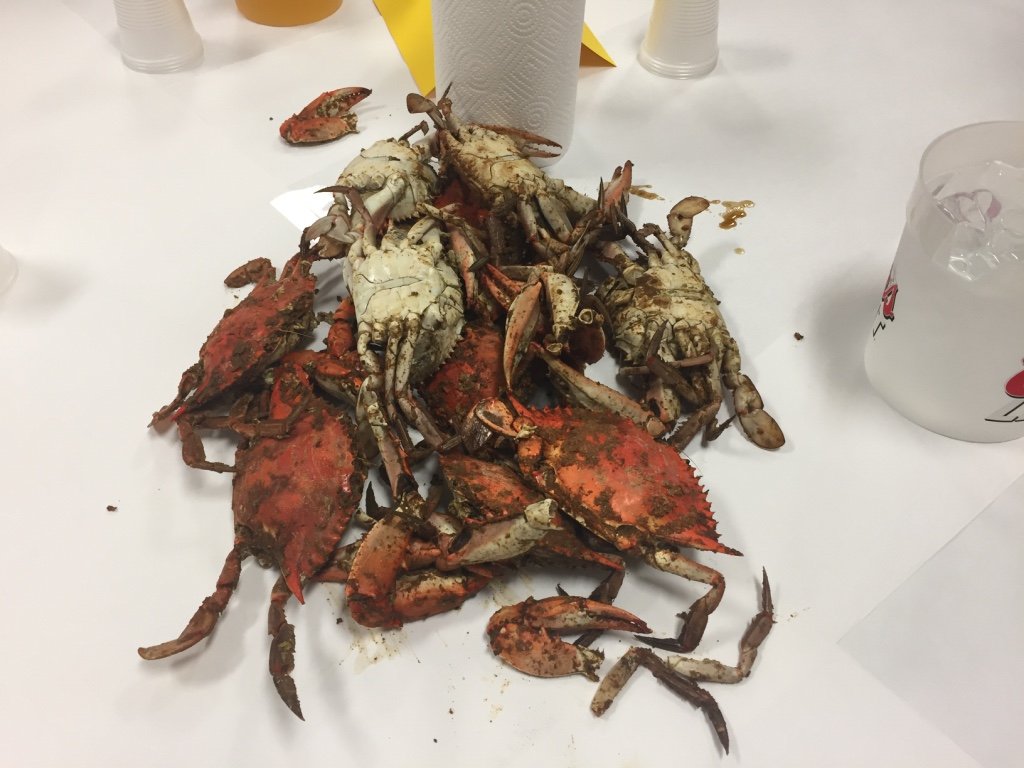 A Crab Feast Reminds Me of Good Times!

Maybe looking at the picture, you can’t tell. But, steamed crabs are a delicacy . . . Seriously. Now, it’s best not to think too deeply about crabs – they are a little flotilla of live vacuum cleaners.  So, concentrate on the steaming hot crabs, crusted with Old Bay, which are delectable!

While steamed crabs may not be everybody’s idea of a delicacy, they are my treasured pleasure.  They are a happy memory, too.

Before Baltimore’s Inner Harbor was built, my father bought a bushel or so of crabs right off the workboats with neighbors who then steamed them in the back yard at least once a summer.  Underneath towering oak trees, they piled the crabs on wooden boards balanced on saw horses, and covered in The Baltimore Sun newspapers; an array of mallets, paper towels, small forks and knives; corn on the cob, beer also graced the tables. A very happy memory indeed!

It was at those feasts, somebody showed me how to open crabs and pick them – and I’ve taught others. It’s an important skill to have. 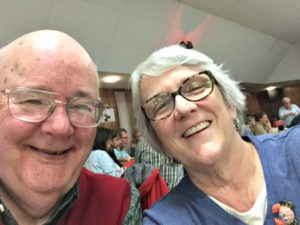 Early in our dating adventures, we went to a crab house outside Annapolis. Texans know a lot, but they don’t always know that smashing a crab is not the way to extract its meat. Doug didn’t; and I guess I impressed him with that skill I learned around those Stoneleigh backyards. Anyway, that afternoon at Mike’s Crab House in Riva, I like to think our relationship deepened!

And another seasoned citizen would agree that crabs are a grand delicacy :