It’s Too Hot to Do Much Else 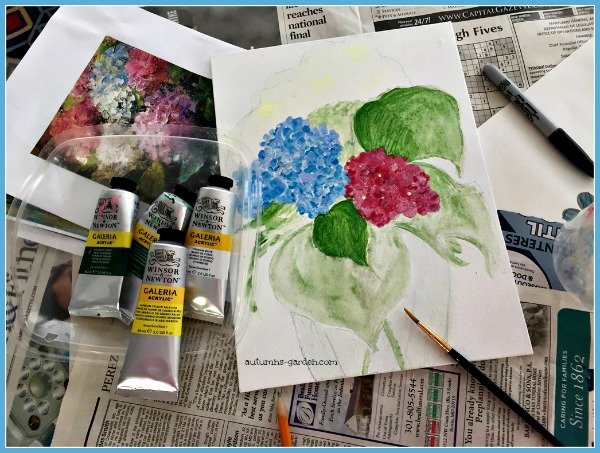 It’s too hot to do much else, then ruminate, or bloviate.  Weeding is on hold, and so is cooking as far as I’m concerned. The latest painting languishes.

Of course, cold weather also makes lazing about a good thing, too.

In both seasons, the humidity in Maryland is the punch to whatever direction the temps take. Anybody who says you can’t breathe under water, a recent meme declared, hasn’t lived in Maryland. Last night as I stepped out into the summer night, I wondered: What happened to the oxygen? 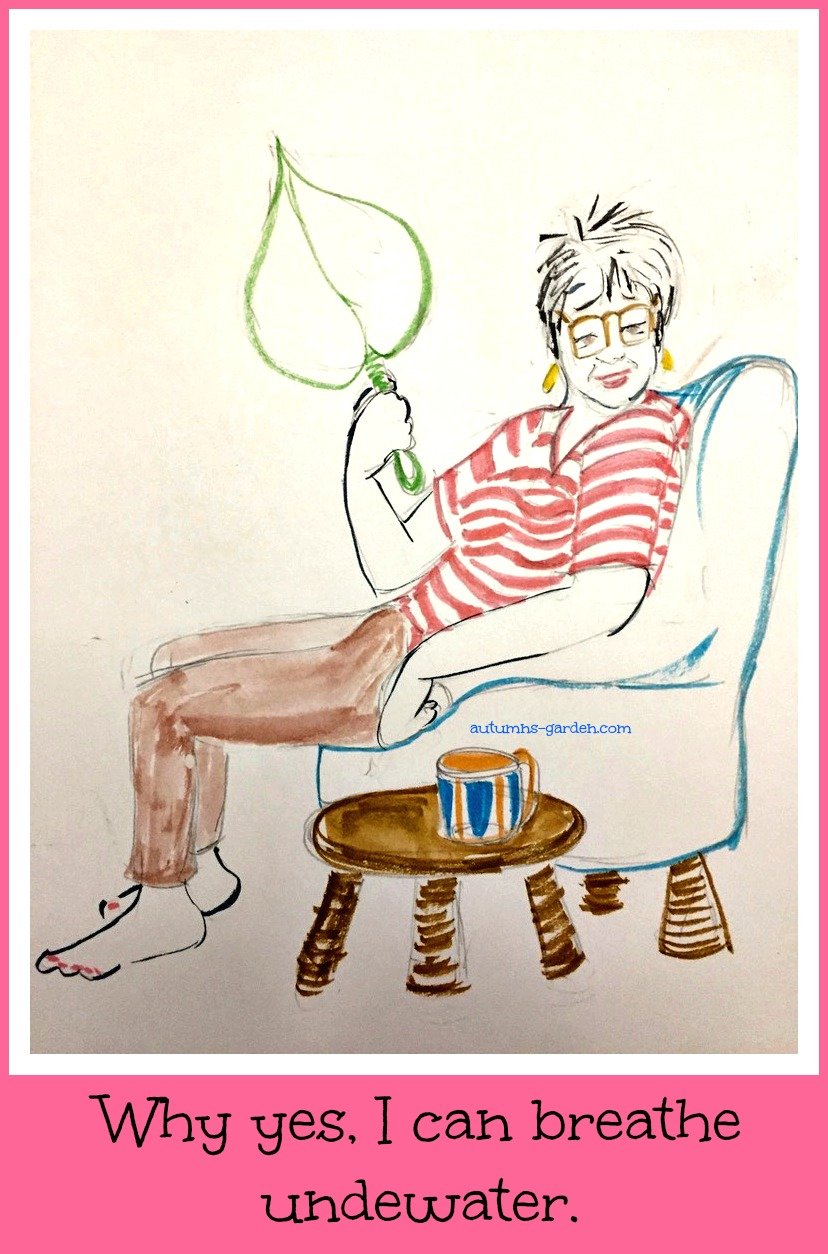 Now Dallas could get hot.  Down there, July and all of August, a portion of September and occasionally into October feels like you are putting your head in a hot oven.

In Maryland – near the Bay, most summer days are like being walloped by a wet blanket until mid September. That’s better than saying it feels like an armpit, right?

I grew up in the late forties and fifties in Baltimore; no one had air conditioning.  We had window fans that hummed at night and shutters across the front windows, with lined curtains we pulled shut after eight A.M.   I learned the way to Stoneleigh Pool when my mother said it was too hot to get the car out to drop me off.

Today will be hot. We may hit triple digits, today.

Is it hotter than I remember growing up? I can’t recall. Nor can I remember weather folk warning about the coming scorchers; I read about them the next day. Nobody stayed up for the late night news – if it were even on.

I do remember the test patterns. They made an impression.

Today, if I am not careful, fretting about the next day’s weather could be a sleep bandit – what if the AC fails?

But scarier sleep bandits roam my brain and heart when I shut off the lights.

Worry tries to be large and in charge at night.  During the day life’s little distractions often keep worry in its place; like the one Scarlett O’Hara taught me: I’ll think about that tomorrow.

Worry is not a new blog topic.

A friend sent me sent me this: I read this today and thought of you . . . Worry is like sitting in a rocking chair, moving but not getting anywhere.

Ain’t that the truth?

Worry is like a shape-shifter, slithering away as one worry, returning dressed as a new terror.

Bigger than an AC failure is the worry I won’t stay productive and useful in the time allotted me. I get now why my mother worried about her end of days . . . nobody wants to be a drag. But,

Worry is a misuse of imagination. ~Dan Zandra

How about I remember the God of my gray hairs who has been faithful – who was faithful to my mother? (Isaiah 43:2)

As I nod off, though, another worry shakes me awake.

Who will care for our children, and their children when Doug and I go?

Let me reread Isaiah 46 – God made our kids, and theirs; He has carried them, and said He will carry His own from birth, down to their gray hairs. (Isaiah 46:3-4)

Ruminating on perhaps a triple digit day reminds me of  sage advice:

For peace of mind, resign as general manager of the universe. ~Author Unknown

Just for today, anyway. It’s too hot to do much else.

By the way, Doug and I are like the other cute old folks on whom you should be checking, when the temps soar, or fall. Just saying.