Today begins our first full day of living without Uncle Bud, Doug’s mother’s younger brother. He was a fixture in my life for almost 50 years, and for Doug’s whole existence— 82 years!

It’s going to be weird  to be living without Uncle Bud — for he was a person who loved us and our kids; Uncle Bud prayed for us and checked up on us; he  loved being with us — going out of his way over the decades to visit with us.

Living without a person who went out of their way to care is a hard loss, especially when that person loved God and believed His word. 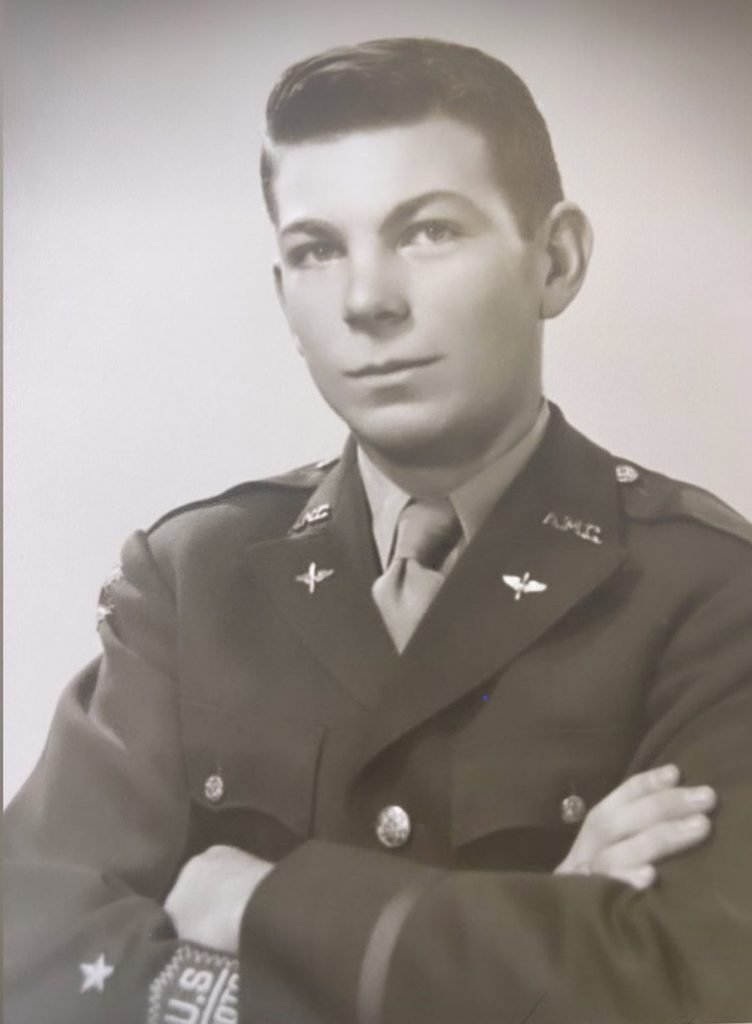 Doug took his life in his hands telling Bud the latest Aggie jokes!

Bud— a.k.a, Fred (NMI)Manget — a junior until his father died in WWII — was a proud Texan. Saying he loved Texas barely covers his affection; a love that was bested by his love of the Aggies. He was a proud graduate of Texas A&M with a degree in mechanical Engineering. He rose through several large air conditioning companies as air conditioning  went from a luxury to a necessity, and lived in New Orleans, LaCrosse Wisconsin, and York, PA.

When he “retired” — for having spoken truth to power — He returned to Dallas and worked for decades as an independent engineering contractor.

Bud served in WWII and the Korean War, and married his sweetheart Patsy Gulledge after the wars.  They had three beautiful and accomplished daughters, Sue Berg, Kathy Rothman, and Liz Barr, women who have reflected perfectly  the loving attitudes of their parents.

More than an Uncle 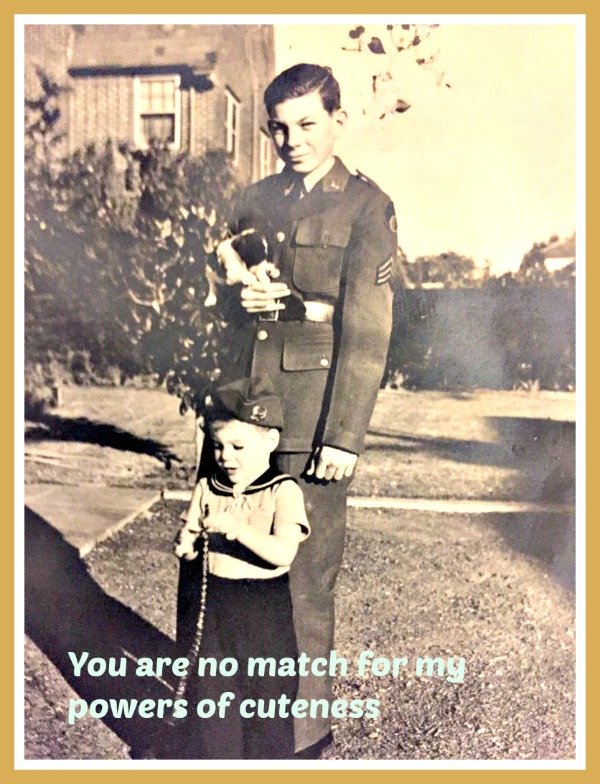 Doug knew his uncle so well, because he and his mom lived with Bud and Doug’s  grandparents during WWII, and after Doug’s parents’ divorce. Doug — cute kid and spoiled grandson that he was tested Bud’s patience daily. Yet, Bud maintained a steady, patient attitude, never doing to Doug what a 14 years old could have done to him.  Bud was patient and kind; more than that , early on he told Doug about Christ, and kept up the conversation about the Lord when Doug wandered from Him.

When I became part of Bud’s family through marriage, I suspect I became as much of a prayer project as Doug was.

He loved his family — Bud loved Christ, the Episcopal church, but he loved the word of God more; He grieved as his denomination  unmoored itself from the plain meaning of what the Scriptures said. However, he kept serving the church and praying for her, until he and his wife joined an Anglican communion in St. Louis — their most recent home.

Bud’s Christian witness for the decades I knew him was consistent, calm and concerned; he wanted people to know Christ!

Throughout the decades, his witness was steady — He was never pushy; though he was persistent.  He was never embarrassed or reluctant to recommend Christ. And we sat through a couple of oh so tense dinner conversations. Bud was bold, but unfailingly firm and kind.  To this day, I believe his steadfast love and loyalty to his brother-in-law aided his acceptance of Christ as his Savior.

I hope I can model his forbearance and courage, especially when the joys of maturity can overtake a body.

The last last fifteen years of his life, Bud suffered with the aftermath of Shingles    (And the verb suffer barely covers his ordeal with chronic pain!) Also, as his precious Patsy developed memory issues during these years,  cancer became a troublesome complication. 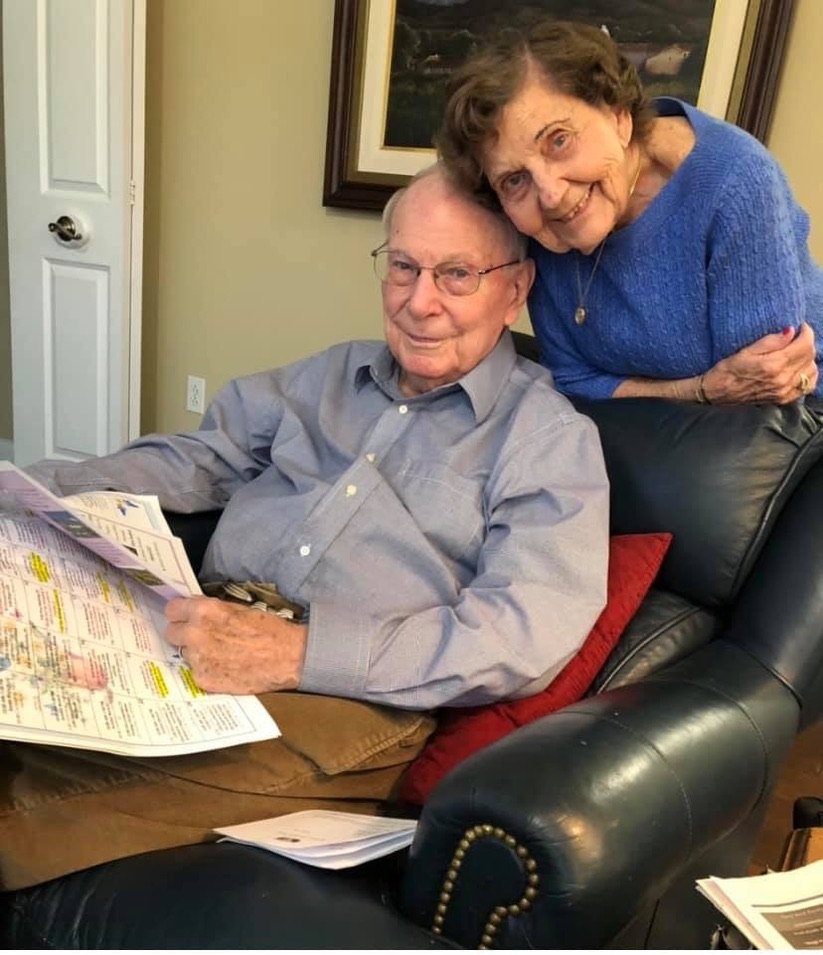 Bud and his bride

But, Bud soldiered on — quickly deflecting attention from himself to how we and our families were doing.

Living this day without Uncle Bud, his example, his friendship, and his prayers is a day we knew would come. In one way, we asked GOD for this intervention. Yet  oh my goodness, do we feel the void!

Death–the last sleep? No, it is the final awakening.– Walter Scott

These familiar words, words Bud loved,  are as a balm — May they reach your heart, too dear reader!

I am the resurrection and the life, saith the Lord;
he that believeth in me, though he were dead, yet shall he live;
and whosoever liveth and believeth in me shall never die.

I know that my Redeemer liveth,
and that he shall stand at the latter day upon the earth;
and though this body be destroyed, yet shall I see God;
whom I shall see for myself and mine eyes shall behold,
and not as a stranger.

. . .  Blessed are the dead who die in the Lord; even so saith the Spirit, for they rest from their labors. Into thy hands, O merciful Savior, we commend thy servant Fred Manget. Acknowledge, we humbly beseech thee, a sheep of thine own fold, a lamb of thine own flock, a sinner of thine own redeeming. Receive him into the arms of thy mercy, into the blessed rest of everlasting peace, and into the glorious company of the saints in light. Amen. ~Book of Common Prayer, Rite I