Are We Married if We Can’t Find the License? 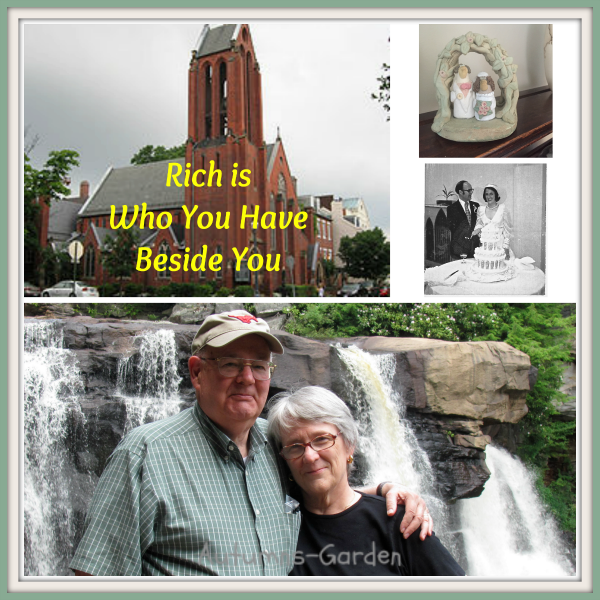 We Lost the License — But Far So Good

Our wedding day began with a glaring glitch  — the church lost our wedding license. The minister called the night before – during the rehearsal dinner – and broke the news. Back then a minister could not marry us without a license.

What happened to our license?

I had dropped it off at the church when my parents and I came to select the music on the Wednesday before the wedding.  I gave it to a “a senior saint” filling in for the church secretary. The old darling filed all the licenses he received for July the 29th who knows where.

(Today, I have learned  great sympathy the hard way for any soul given the job of filing important papers. )

Doug had a plan, though. He went down to Superior Court in D.C. pleaded his case before a judge who called the clerk at home and asked that someone open the office and give us a certified copy. The judge enjoyed doing it. Doug’s brother, Bill, waited for the copy of the license, and that of the couple who were being married after us – their license went missing too.)

After all that effort, we left the license at the Admiral’s Club at Dulles as we embarked on a round the world five-week honeymoon. No license now, though, no problem. (Doug’s mom said if we could live out of a suitcase for five weeks and not go crazy, our marriage just might thrive.)  We retrieved it, when we returned, only to misplace it, off and on in following years.

It wasn’t the lost license that bothered me the morning after our wedding – it was the unsettling realization what I had promised – before all those family members and friends, and GOD — to love, honor and cherish Doug until death would separate us.  How could a license assure that?

Nobody can foresee what keeping all those “I will’s” means.  Chemistry has its limits. Thankfully, the One who heard those vows doesn’t. His ways may be unfathomable, but His willingness to search and rescue is unlimited. And when we came to see that He is real – and not a relic of beautiful liturgy — we began to see how keeping impossible vows might be possible, albeit less than perfectly.

Rich is not how much you have or where you are going or even what you are – rich is who you have beside you. (An Unidentified Wise Counselor)

And we have experienced:

A person standing alone can be attacked and defeated, but two can stand back-to-back and conquer. Three are even better, for a triple-braided cord is not easily broken. (Ecclesiastes 4:12 The New Living Translation)

And we offer some Practical Advice on the anniversary of our wedding from a Baltimore Bard: