By mid-August,  it’s time to refresh what’s fading, drying out. The favorites – geraniums – are gasping. The impatiens shrivels; the Black-eyed Susan’s  are wilting; the roses valiantly bloom in the rain, but quickly wilt when the sun heats the air past comfortable.

The weeds thrive whatever the weather.

In a timely movie review, Christopher Robin and Summer’s End, I read a poem by C.S. Lewis that described the sad seasonal reality of  mid- August:

I, dusty and bedraggled as I am,
Pestered with wasps and weed and making jam,
Blowzy and stale, my welcome long outstayed,
Proved false in every promise that I made,
At my beginning I believed, like you,
Something would come of all my green and blue.
Mortals remember, looking on the thing
I am, that I, even I, was once a spring.

Yeah . . .  that often describes my autumn’s garden – Spring was a while ago.

BUT here  grandkids are great fertilizing tonics, and I am so grateful for their cheerful companionship.

Today – mid-August afternoon that it was, it made sense to inventory my old watercolors, and watercolor paintings. Inspired by a biography on Lilias Trotter, I’ve been flirting with memories of painting and sunshine; egged on an eager co-conspirator, down to the basement I went – carefully.

Pulling out the box, I discovered many of the paints, some over 40 years old, were keepers. Alas, about a third were dried beyond hope.  However, miracle of miracle, my painting palette, also apparently dried-up came exuberantly to life with some nudges with a wet brush. 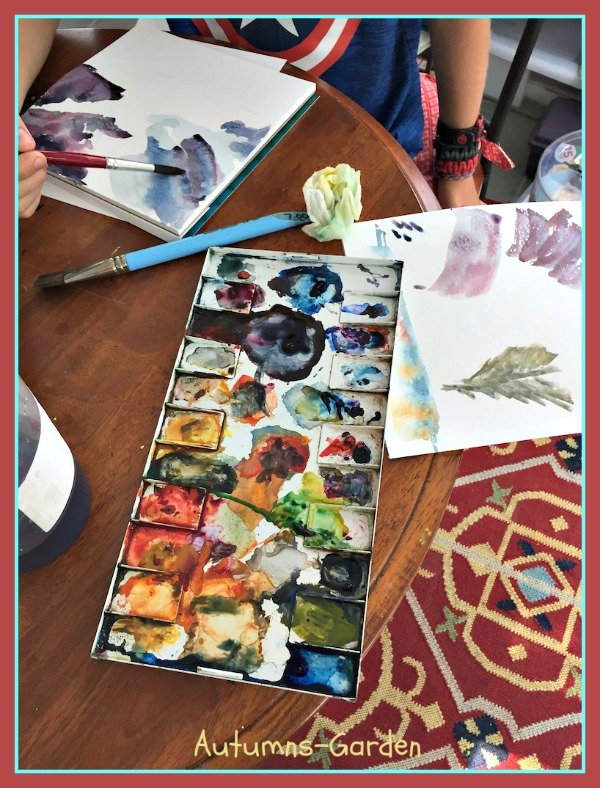 Back in business, after four decades slumbering in an art crate!

What a moment – to be introducing a beloved grandchild to a beloved pastime.

While we painted, another grandchild snapped a photo that may become a new painting – if I ever finish what I’ve started — while their younger sibling played Go Fish and dominos with her doting grandfather. 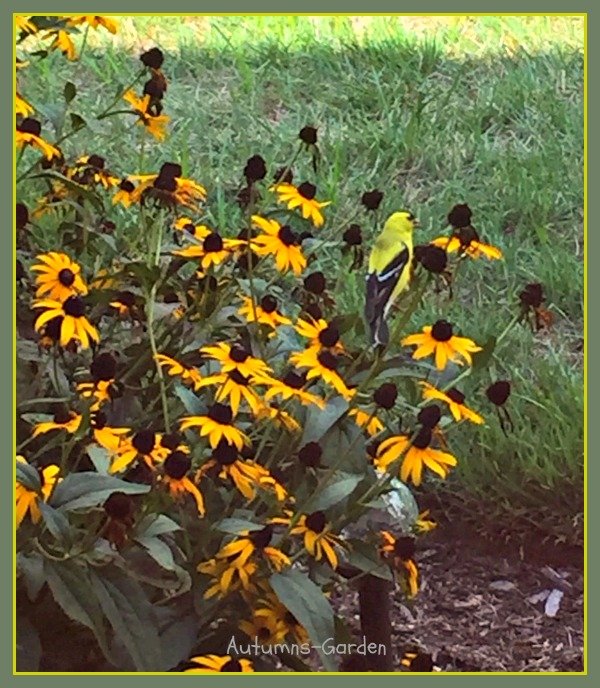 Today, mid-August was verdant, even as I struggled to remember – and share so many of the fun lessons I learned from Joanne Scott in her Mill Creek Studio long before God blessed us with kids and their kids who have changed our lives forever.

G. K. Chesterton, when he wrote his autobiography near the end of a long and useful life, set himself the task of defining in a single sentence the most important lesson he had learned. He concluded that the critical thing was whether one took things for granted or took them with gratitude. –James Reston,  Sketches in the Sand