A New Low Last Week – What of This Week? 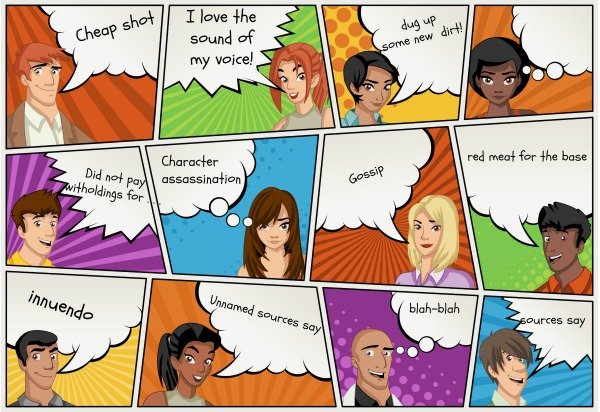 Just when I thought we had hit a new low —

Last week was another low I never expected to see us go – a politically motivated shooter opened fire on U.S. Congressmen practicing for a charity baseball game. Then, a new low: several United States’ elected representatives – BOTH PARTIES — who were on camera were unable to resist scoring political points on their opponents.

Some indiscreet politicians, crude comedians and Pooh-Bahs of journalism think Americans are happy on a diet of red meat and self-righteousness.

If only you could be silent! That’s the wisest thing you could do. Job 13:5

As one political observer said of these elected officials, they aren’t leaders: they are followers of their constituents’ desires, or what they imagine them to be. (Brit Hume) Maybe these talkers are too afraid of losing their seats to do their bit to end this deadly, downward spiral.

Or maybe nobody knows how to get the genie of “Gotcha” politics back in the bottle.

Does the church know a way?

Fall on our knees – maybe even our faces – that is a start.

Lift up our open hands to God – not clenched fists.

Confess our shame and embarrassment because “our sins are higher than our heads and our guilt has reached to the heavens.”

Consider others better than ourselves is advice Paul gave the Philippians, and something we need to apply too!

“It were a good strife amongst Christians, one to labour to give no offence, and the other to labour to take none. The best men are severe to themselves, tender over others.”  Richard Sibbes

Surely, not I, Lord?

As week unfolds, I am mindful of

How long the Lord has with borne us –

How much we have because His grace and mercy –

Until we let go of our idols, the affections of our hearts that try to knock God off His throne, we are in for more sorrows. And by we I mean us – His Church.

[A] political order held together by brute force can come about, even in civilized societies who believe they’ve risen above such tyrannical impulses. (Don’t Take for Granted the Blessings of Civility)

Maybe it’s time to focus on Him – and not every body else’s political failings (Matthew 7:5)

from Two years ago