Our Congress and Our President

Our Congress and Our President  Hit a Predictable Low

When I thought our Congress and our President couldn’t sink lower, they both surprised me, and went lower than I expected. So, here goes:

Our Congress is passing around a hot potato – the crises at the border has stretched national resources and people to their last nerve. And the President ratchets up the heat with his ill-timed tweets.

From the comfortable air-conditioned perches, one side attacks, and the other counter punches. Reporters should refuse to cover them until they all get off their high horses —

Last week Baltimore got caught in  a nasty media cross-fire — 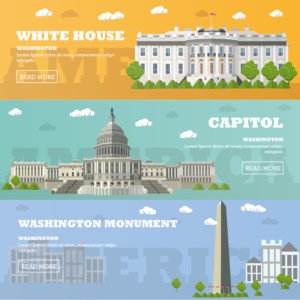 We All Need to go to TIME-OUT

But Baltimore is hurting.

A PA with the Baltimore City Department of Health told me kids walk in the streets because the sidewalks are not safe; it’s too easy to get stabbed on the sidewalk.

That took awhile to sink in.

How Baltimore got to where it is, is a layered history of good people trying to do their jobs and self-centered sycophants feathering their own nests, resisting hard work.

Still many its residents love the city – even though too many souls suffer because public servants are serving themselves first.  This isn’t new —

But we don’t solve any problems through insults – in Congressional hearings, or though Presidential tweets, or on FB!

Hitting back at people who hit us is what kids do; it’s not  always a good use of time for them, or public officials.

How do angry words help any of us shoulder our responsibilities to create, serve and bind up the wounds in one of America’s oldest cities?

The current deluge of Presidential tweets leveled at Congressman Cummings take our eyes off the border crises, and Baltimore’s troubles. That’s not a good use of anybody’s time!

Mr. Cummings and I would probably have little in common on many issues. I don’t like how he spoke to witness about the border . . .

BUT, I remember and honor his walking the streets of Baltimore in the dangerous nights of rioting a few years back. Mr. Cummings put his life on the line with Dr. King. Just as the border patrol and others are doing now.

Mr. Cummings has earned a place in history, and respect. He could perhaps do more IF  our president and Congress would quit with the hasty tweets, and come alongside of other elected officials, and see how the federal government can serve troubled pockets in our country – creating good will, and the will to overcome.

Yes, Congress is a problem – a big problem.

Yes, maybe the Mayor and the City Council have not done as well as they could.

And we on social media, when some of us call each other names that talk radio magnifies, what exactly are we doing?

How is calling someone a Lib______, going to change their conduct?

Will anyone you describe as a Nazi listen more intently to you?

I can’t always tell who started what in the most recent brouhaha  but they both need a time out.

The President’s words, which sometimes tell uncomfortable truths, are words that don’t reflect the dignity of the office to which he was elected.

Congress struts, huffs, and blows smoke . . . a little too much hot air for July.

Oh wait – they just left on a 6-week all expense paid vacation.  I guess Baltimore’s kids have even more time to play in the streets.

Thank you if you took the time to read this rant —

*From awhile back: Nothing New Under the Sun — We’ve Met this Enemy Before 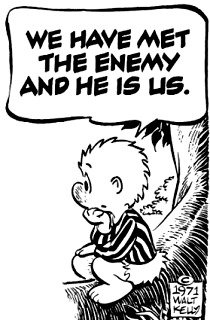 Why We Don’t Just Get Along