Out of Control, Our New Normal 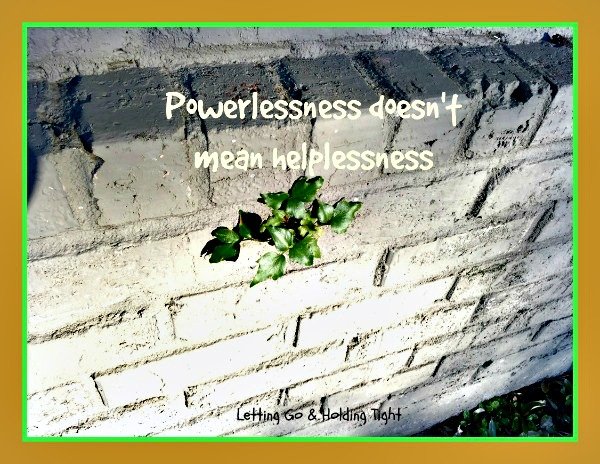 Living with a New Normal?

A Sudden and New Normal

I thought it was under control, my husband’s cold. Three hours later, I saw it was not! And the EMT’s who answered my frantic call confirmed what we had been told was a cold, might just be a bit more. Fifteen hours in an unfamiliar ER; twenty- four more on a busy hospital floor; then, an introduction to an ICU unit, confirmed a new normal: out-of-control.

Fever-feeding pneumonia changes things, and it put Doug and me into unfamiliar boxes – although we have seen our friends and family locked up in them. We have prayed for and with them to be healed, restored, and for the hands and skills of those who were caring for them; yet now, I came up short on intelligent prayers! This new box sucked all the prayers out of me. I don’t know what Doug was thinking. Talking was not a good use of time when I was watching for the next available nurse or doctor!

It’s been strange, scary, and stunning, entrusting ourselves to the care of strangers – who have been kind, competent, and stretched. Folks who work 12-hour shifts have always made time for us as they cared for dozens of others who needed medical attention.

Could these folks need something from us?

That as needy as we are – the professional care-givers sure could use a cup of cold water, too. Though many walk with the Lord Jesus, they need cooperation and kind words, too, as much as Doug and I need their talents and gifts. And for those who have served us and are not yet His servants, maybe how we act and interact will serve a greater purpose than we know.

A timely quote from Jim Denison reminded me to watch my manners!

My daily journal is now filled with scribbled names, questions, and words – half-finished, and later as hard to make out as hieroglyphics.   As we have relied on family and friends for help, encouraging texts and emails – in plain English—poured in and one phrase was easily understandable, but equally as unfathomable: we’re praying.

Thank you. And please keep it up!

I want to thank You for the gift of Your Son and for the mystery of prayer, and for the faith to doubt and yet believe. (Joni Ereckson Tada)