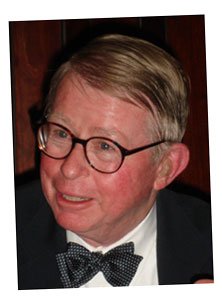 Because  a death with dignity bill  named in honor of a man our family knew and loved, I am revisiting what I wrote four years ago.

Our friend, Dick Israel died several years ago, leaving many grieving friends. He   battled Parkinson’s disease for many years.*  Before he died, he lent his name and support to legislation.

“Richard E. Israel, 72, spent more than two decades behind the scenes in Annapolis guiding lawmakers. Now he plans to spend his final months alive lobbying them from afar, advocating for the right to die when he chooses, a final act of control over a disease that robbed him of it.
. . . ‘It’s about having a choice for others, not just for me,’ Israel said, each word taking a full second to articulate. ‘Death is inevitable. The question is when and how.’”**

Debilitating illnesses are monsters. Terrifying, relentless, they are  thieves of physical strength, mental acuity, emotional stamina, and spiritual well being. These monsters also  drain  the gifts and talents of the caregivers.

They are like a final exam for which we know we are not prepared  –no matter how we cram for it. Such illnesses test all we believe, know, and hope.

Is it a right to skip out of such an exam?

Having the freedom to choose release from the grip of illness is an on-going debate in legislatures, in families, and amongst friends.

We can keep many people alive – often minimizing their pain but never restoring the attributes that made them the wonderful souls we loved – their wit, their wisdom, and winsomeness.  I don’t believe anybody wants that for themselves or for the folks who care for them.

For those who face death on beds of increasing, inescapable incapacity, and their loved ones, what comfort can those who believe God is in charge of life and death offer? How do we welcome our own death, while being willing to live each moment that God allots us?

Knowing I might be so tested – having seen one I admire and love, so tested — takes the debate from political, theological to personal.

Joni Eareckson Tada has said we must not end life, nor prevent death – black and white positions that may yield many gray areas. ***

Gray areas are the very reason prayer to the God who hears and sees is our only hope. For Richard, for Maryland, for us all, I am also revisiting a pattern for prayer.

Almighty God our heavenly Father, send down upon those who hold office in this State (Maryland) the spirit of wisdom, charity, and justice. With steadfast purpose may they faithfully serve in their offices to promote the well-being of all people; through Jesus Christ our Lord. Amen.  For Local Government, from the Book of Common Prayer

** On Assisted Suicide by J.E. Tada