Pedestrian that I was one morning, I heard the horn – l-o-n-n-n-g and loud, and next I saw a woman driver, in an expensive sedan, mouthing something and gesturing with her hand middle finger as she sped by another driver trying to turn left across a busy intersection.

Whew! Grateful I wasn’t the one who evoked her wrath! 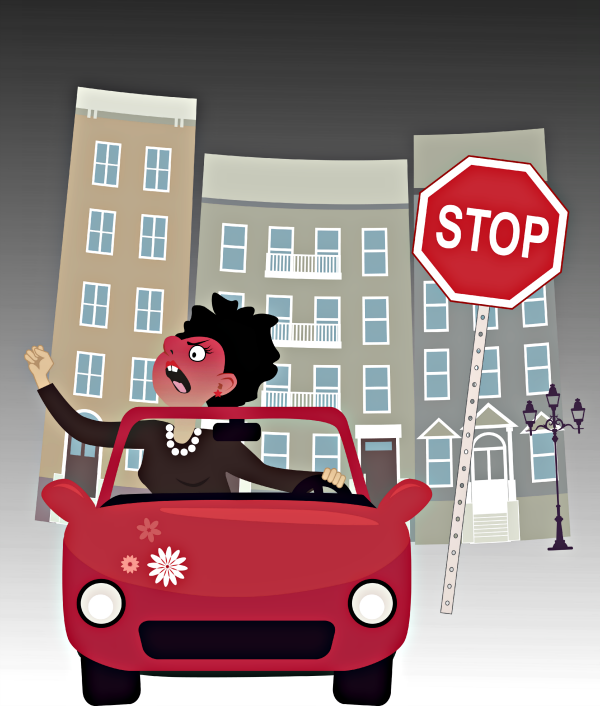 The memory of a collision averted I carried away is like a candid snapshot of my reactions to people who are taking silly, willful, and wrong-headed risks. My self- righteous indignation doesn’t slow anybody down, any more than angry honking and rude hand signs rarely reform risky drivers.

Reacting in anger does nothing but create a spectacle or an equally dangerous situation. In fact, such venting only hurts the heart of the one who indulges it; it does not restrain daring drivers, or any other risk-takers for that matter. Plus, that driver was jeopardizing others by taking her eyes off the road ahead of her, risking a colossal rear-end collision.

Now, in fairness to the irate driver, when other drivers try to make a quick left turn across my path, their daring can make my life flash before my eyes. And when I realize I am safe, I can get mad – yelling at someone who can’t hear me, in the presence of One who can.

I can’t control other people’s crazy choices; I can rethink my own, and maybe make a better choice than the woman whose angry image is so firmly fixed in my memory. God forgive me for the angry images of me in other people’s memories.

Road rage is the expression of the amateur sociopath in all of us, . . . . ~Robert Brault

Road sense is the offspring of courtesy and the parent of safety. ~Australian Traffic Rule, quoted in Quotations for Special Occasions by Maud van Buren