Roses and Their Thorns

In the summer of 1971, I received a dozen red roses at work – I was impressed. Never before had a beau sent such flowers! And the roses have been shorn of their thorns.

I told my parents and they told me grandmother, then 92. She was not impressed – wanting to know who his people were, and thenceforth referred to Doug as the rose man.

Over the years, the rose man has sent many lovely bouquets of roses – today was perhaps the grandest yet – replete with a balloon, celebrating our anniversary. 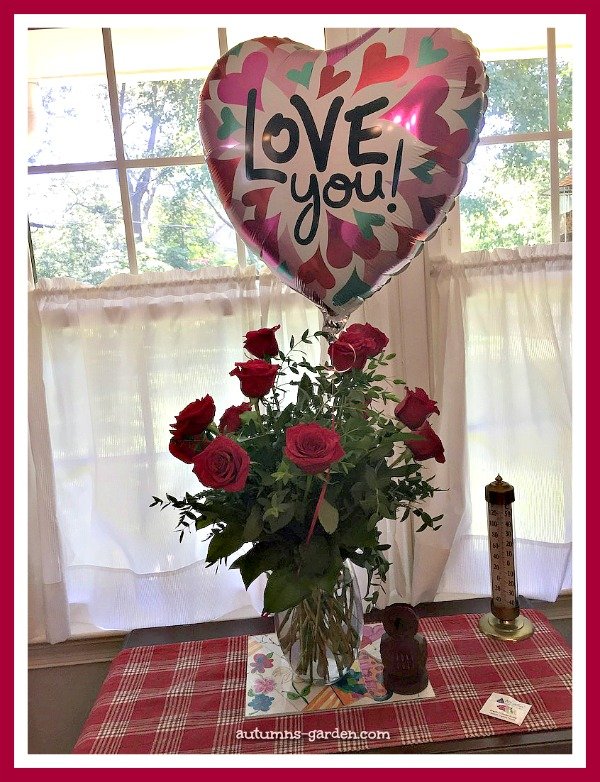 Forty –eight years – it’s been a long time that passed so quickly!

Forty eight years ago, we were in San Francisco, where we spent a few nights at the Fairmount before going to Hawaii, and then on to New Zealand, Australia, Singapore, and London; ending in Washington DC before motoring to our new home in Annapolis.  What an adventure to begin a marriage.

My mother-in-law said that if we could live together for five weeks out of a couple of suitcases that was a good indicator of making our marriage work. Doug’s mother was as good a friend to me as I hope my mother was to Doug. We were indeed fortunate in that our joint families surely contributed to our marriage’s health and happiness. (Even when family ties chaffed a bit.)

Marking this anniversary, so many memories crowd in: happy times, hard times; the gift of children and the families they established; friends, and their loyalty and affection.

Tonight we started watching a Netflix series Indian Matchmaking. (enjoying a milkshake – the first on over a year!)

We had Matchmaker Friends

Doug and I met on a blind date, arranged by mutual friends, Sue and Walter Paynter. Sue made my wedding dress, and coached me through the vicissitudes of dating, courting, and marrying.

She taught many lessons on being a good friend and wife, helping me shed a few thorns.

So, did Walter. He shamed me into quitting smoking by telling me how unattractive the lingering smell of cigarette smoke was: You smell like dirty sox.

By the time we married, I had gone from three packs of Benson & Hedges a day to none.

But I still had a few thorns.

We vowed solemnly be husband and wife, “. . . to have and to hold from this day forward, for better for worse, for richer for poorer, in sickness and in health, to love and to cherish, until we are parted by death. (Book of Common Prayer) On that wonderful day neither one of us could imagine what honoring those vows would mean, not fully anticipating what “worse” might be.   We were oblivious to our thorns . . . for a while.

Real roses come with thorns; real marriages do, too.

Thank you God – because You took two clueless people and gave us a hope and a future . . . and a few clues about how to shear off a few thorns, and develop a healthy respect of others.

You have been a good friend to us both!

A person standing alone can be attacked and defeated, but two can stand back-to-back and conquer. Three are even better, for a triple-braided cord is not easily broken. Ecclesiastes 4:12 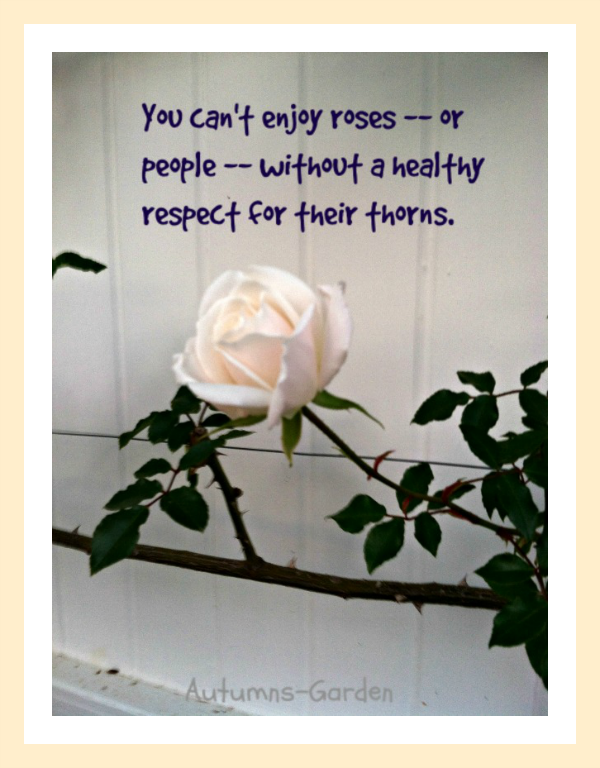