Sometimes the paint just won’t go where I want it to go; I have had  a couple disasters, recently. This is where using smaller canvases can moderate disappointment of seeing an inspiration go kaput. Plus, on a smaller canvas, the  Gesso is easier to apply. 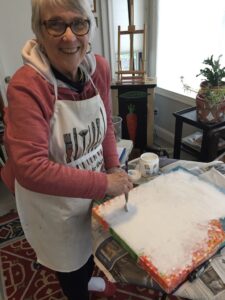 It is exasperating to know what I want to paint but I lack the skill to carry it off. (This Isn’t working!)

Sometimes, though, I get lucky, and coordinated, and voilà – and I have those “happy little accidents” that don’t look like a train wreck.

It’s another kind of annoyance to want to make a comment about all that goes on, and realize I don’t have the skill to do it; or, sometimes the courage. Who needs anther critic, right?

When any fit of gloominess, or perversion of mind, lays hold upon you, make it a rule not to publish it by complaints. ~Samuel Johnson

As January ends, and another anniversary of Roe v Wade passes, the 48th to be precise, I wish I had the words to change people’s minds. Sometimes, I wish I could create a wee little painting . . . or plant a garden . . . or do something to put the brakes on abortion as birth control. ( Artists: Interpreters of Life)

Sometimes, it’s good to just listen to other people pull facts and feelings together in a  digestible  presentation of a hot topic.  Leave it to the creator of Veggie Tales, Phil Vischer, to remind me of better ways to end abortion than politics.  But, What About Abortion? is a good use of 15 minutes; I hope you click the link.  They offer simple steps to be useful instead of  crazy upset in uncertain times. 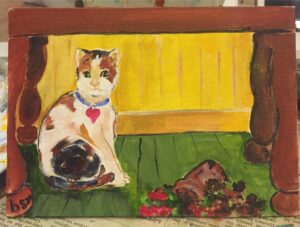 In the mean time, I’ll paint on.

I’ve got an idea for painting for tomorrow . . . a friend gave me an article that may inspire you this week to listen to music, take a photo, or whatever!  Art Helps Us Pay Attention 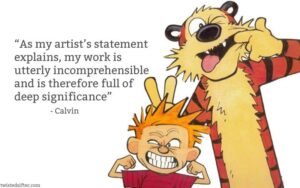