Sunflowers and Ukraine are big  topics, I love to plant sunflowers and enjoy painting them; I did not know their connection to Ukraine. 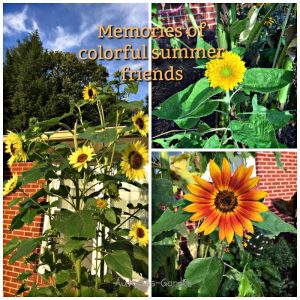 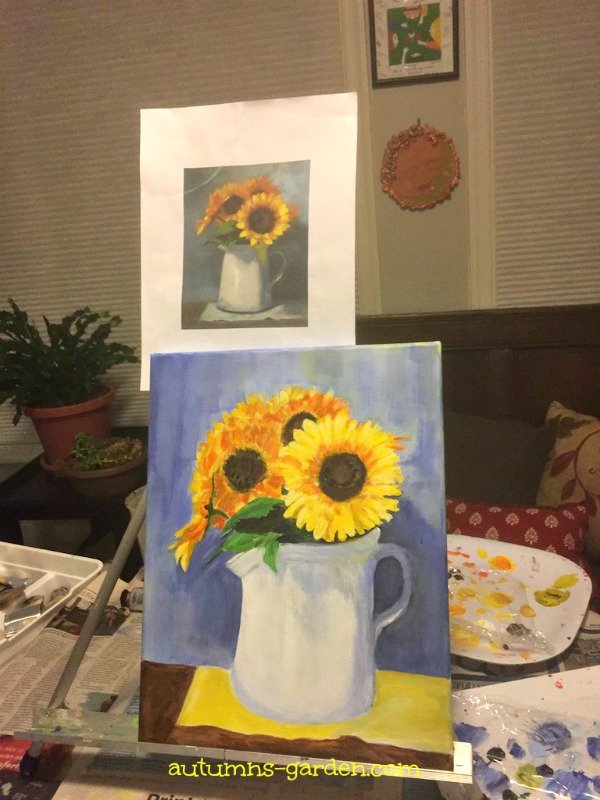 A note from The Morning Brew was an eye-opener:

Good morning. Ukraine is known as the “breadbasket of Europe” thanks to its prodigious supply of wheat. But where it truly shines is in sunflower cultivation: Ukraine is the top producer of sunflower seeds globally, and the sunflower is its national flower.

Young sunflowers are famously heliotropic, which means they follow the sun from east to west throughout the day. For their dedication to the sun’s journey across the sky, sunflowers have come to represent loyalty, energy, and warmth.

But the sunflower has another property: healing. Sunflowers are what scientists call “hyperaccumulators”—plants that are uniquely skilled at sucking up heavy metals from the ground and storing them, safely, in their stems and leaves.

And they’ve been put to work as a cleanup crew. Following the Chernobyl disaster in Ukraine, scientists planted sunflowers to absorb radioactive materials in local ponds. Sunflowers were also used to remove lead from a contaminated manufacturing site near Detroit in the ’90s.

The method has its limits. When Japanese scientists tried to replicate the success of Chernobyl after the Fukushima nuclear meltdown in 2011, the sunflowers lost their absorption powers under different soil conditions. It’s clear there are simply too many toxins in this world for sunflowers, alone, to bear. —Neal Freyman — the Morning Brew

I see all kinds of applications —

1. It is in the sunflowers’ very make-up to seek the sun.  So it should be for Christians, right?.

2. Sunflowers  can restore some soils . . . by sucking up toxins . . . and still bloom.  Well, that characteristic gives me pause.  Maybe this ability in a bevy of beautiful blooms has been mirrored in Christians’ ability to flourish in inhospitable places and  times? Maybe, then, we can stifle our complaints about the times in which we find ourselves?

3. The conclusion that there are toxins sunflowers cannot absorb reminds me that creation, as magnificent as it is, has its limits.  This wonderful old world needs help only her Maker can give. (Job 38-41)

The church for all its ability, is not God. We need revival and reformation.

Suddenly I remember the air raid drills, bomb shelters, the McCarthy hearings, Life magazines photos of the Hungarian uprising  and living through  the Cuban Missile Crises. I also remember watching episodes of the Twilight Zone and Outer Limits, and the movie, On the Beach — which dramatized a post-nuclear war world without comprehending  its horror.

And everything old is new again:

We’ve gotten ourselves into a right toxic time  . . .   One which all the sunflowers in the world can’t restore.  How are we back to the Cold War?

A jarring passage from 2 Chronicles 15 comes to mind:

Nation fought against nation, and city against city, for God was troubling them with every kind of problem.  (15: 6)

The good news is the prophet said  God also says here He’s waiting to be found and pleased with those with courage, who work hard — whom He will reward.

God HELP! Give us courage and strength.  Help us look for You and not just a way out. Thwart the evil by which we hate and fight each other, and You.   Bring us all to our senses; restore the ability to look up and see the Son — in creation and each other.

When I think about painting sunflowers, Vincent van Gogh of course comes to mind — all the beauty he saw, and created couldn’t absorb the toxins in his mind, that may have been exacerbated  by the very colors he loved.

Here is a link to other artists who love sunflowers