The Scent of Christmas 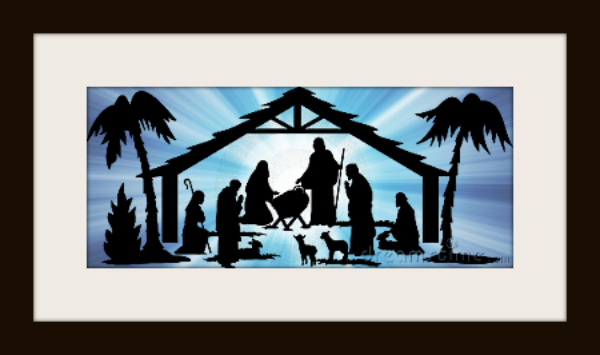 The Scent of the First Christmas was Pungent

One of the delights of Christmas is its smells – evergreens, pine and boxwood; whiffs of culinary and baking goodies. But the original scents of Christmas were nothing I’d want to experience – no matter pristine any modern Nativity set appears.

The first crèche reeked of animal waste and the aftermath of a human birth . . . yet, the music and traditions that we have created from the few lines in Scripture that describe Christ’s birth don’t dwell on any repellent details – like how cattle and sheep, or shepherds smell. But Matthew and Luke’s accounts of God entering His world as a newborn include enough details to show how pungent Christ’s first hours on earth were.

This morning, the scent — stench —  of life pressed in: sin assaulted my senses – news of professing Christian friends who are stumbling in sexual muck, pretending they don’t stink, wafted by . . . reminding me that I would never want to go too near that Manger given the stuff I excuse in myself. Seriously — just because I haven’t done _______, doesn’t mean I couldn’t or wouldn’t.

All our “smells,” I imagine, are like the stench of some panhandlers and the homeless that reaches us before they do. Disgusting.

Then, I remember a story Jim Cymbala told on himself. After a powerful Easter sermon and celebration at the Brooklyn Tabernacle, a filthy and disheveled man approached him. Jim thought the man was just panhandling when he asked for a word. Before the pastor could give him a few dollars, the man, named David, stopped him:

“David pushed his finger in front of me. He said, ‘I don’t want your money. I want this Jesus, the One you were talking about, because I’m not going to make it. I’m going to die on the street.’”

Shamed by his self-centered dullness, Jim Cymbala realized he did not feel what God feels for the homeless – the poor. He wanted to get rid of a man for whom the Lord died, and I do, too, when confronted with human need and depravity.

Pastor Cymbala was going to give a couple of dollars to someone God had sent to him – to a soul convicted by the very words God gave the pastor to preach. Then Jim said:

Something came over me. Suddenly I started to weep deeper, and David began to weep. He fell against my chest as I was sitting there. He fell against my white shirt and tie, and I put my arms around him, and there we wept on each other. The smell of His person became a beautiful aroma. Here is what I thought the Lord made real to me: “If you don’t love this smell, I can’t use you, because this is why I called you where you are. This is what you are about. You are about this smell.” (Fresh Wind, Fresh Fire, Jim Cymala)

And the good news is David was changed – spiritually and literally – because of Christ.

Wonderful crazy Life stinks – so do we! Nobody’s got hands that are clean enough to handle that Child – yet, here we all are at the 2015th anniversary of His birth – stinkers all, and in need of a cleansing from within that only blood can effect.

God Bless you dear Reader — Hoping the holidays are helping you draw near to the Only God who lovingly draws near to thee and me . . . embracing us with His everlasting arms.

Here’s a little something I discovered this AM: A Link to a missionary’s mediation: When Singing Joy to the World Feels Too Hard