Do You Ever Feel Like Dorothy When She Woke Up In Oz? 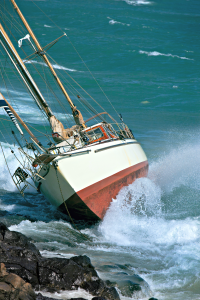 Looking around, seeing a whole new environment, she said to her canine companion, Toto, I have a feeling we’re not in Kansas anymore. (The Wizard of Oz ~L. Frank Baum)

Watching a recap of this week’s news, I said something similar to Doug.  We don’t live in the United States of America we knew as kids – any more than our children could say they lived in the same country of their childhood the week after September 11, 2001; or our parents could say after the last week of October 1929, or their parents could say in the early weeks of August 1914.

Current events change everything, except the One who never changes. (Malachi 3:6)

This week felt like a watershed, or sea change, given several news items that swirled together:

I guess what hurts the most is seeing how quickly Christians’ secret sins can be exposed and how hard it is to keep our children safe in a world opposed to Christ.

We have become a nation unmoored from certain well-known moorings, and are sailing in unexplored waters, in an untried vessel that none of us knows how to sail – and heading who knows where.   In some ways it’s the way things may have seemed to the first colonists who came to the new world, right?

May you live in interesting times – purported to be a curse in Chinese – seems be the unfolding description of today’s world. Our times are interesting, for sure. That’s why I believe this past week may have been a sea change.

I love the word sea change. Its definition is nautical, Shakespearean, and personal.   I remember looking out on the Atlantic Ocean every day walking on the Boardwalk in Ocean City Maryland, and noting how the sun and wind changed its color and mood – no two days were alike. What an extraordinary pleasure I took for granted – hurrying to wait tables at a pancake house.

The sea I saw changed because of forces far from my sight – just as this week changed how our government will operate, and how our culture will continue, driven by forces set in motion by people with agendas we could not have predicted. (See The Mattachine Society)

I am praying that the demonstration of grace under horrendous pressure in Charleston South Carolina will bear enduring and nourishing fruit for our nation who has dropped her oars, and is dangerously adrift. The Spirit who enabled the families of the nine who were martyred is older and stronger – and still freely available, especially to us in peril on the sea.