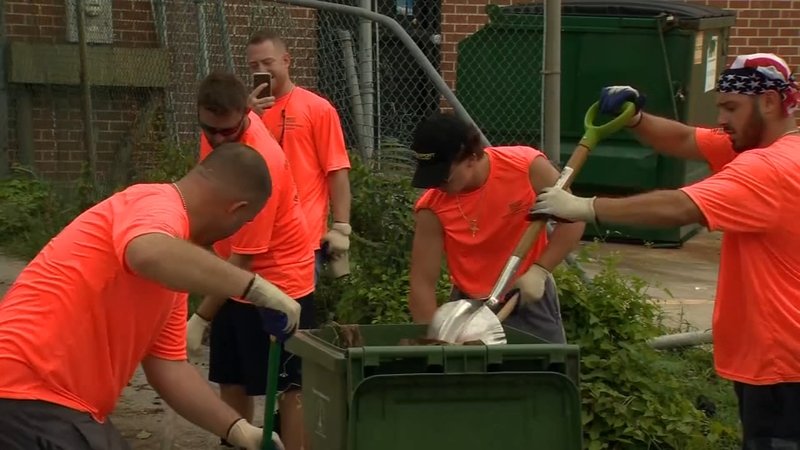 I can’t stop thinking about what a crew of traveling trashmen did the weekend past in Baltimore. They showed what 21st century Samaritans look like. The weather has been dreadful; the conditions – ripe; but they showed up and stayed on the job.

Who were these men?

The news stated they came from Florida and all around to lend a hand to a city that is going under in filth, and all the other words that describe harsh urban decay. A couple of them may have saved one or two souls from overdosing.

If you look on Facebook you will find the Traveling Trashmen are experienced Samaritans. The work spoke volumes – and other  volunteers have helped in the past several weeks.

The Traveling Trashmen made an impressive dent – but Baltimore, like many American cities can multiply mounds of trash and problems faster than we can shovel. It’s like we are in a unrelenting blizzard of  problems generated by hopeless people.

The trashmen  did a great service not just by their sweat equity but by the memory of their images – people helping people.