Trying to Paint A Woman Who Gave Me Good Advice

Some years ago, I imagined a time when the Gospel writer Luke interviewed Mary, perhaps in John’s company. After all, his report of the conception and birth of the Christ reads like a first person account. I have printed it and received some good comments— and suggestions about which typos to correct. I am getting ready to print it again and I need a cover.

The only painting of Mary that makes her seem what I believe her to be, a real woman, was The Annunciation by Henry Ossawa Tanner. But, one event – unique as it was – was not the whole of her story.

If finding the right words to depict her was hard, finding a proper image – one that makes her the warm, inviting, gracious woman I believe her to be, was hard, too. Trying to create my view of Mary in acrylics, I had to paint and re-paint her eyes and then her mouth . . .

Looking back at us with studied serenity from a Renaissance portrait, she seems so above the Christmas crush that does us in. What could she know of depression, depleted bank accounts and the other disappointments that define our lives today? However, when we read the Bible accounts of her life, we see this woman lived with some stress: stress that we often ignore when we think of the countless masterpiece portraits of “The Virgin.”

She was a real woman who lived in amazing times. The Roman Empire had imposed “worldwide” peace, “Pax Romana.” Rome had built the roads that spanned Europe and North Africa. Upon those roads traveled the tradesmen and merchants who spoke Greek, the language in which the New Testament was written. The Good News of peace with God had traveled fast: those who had been walking in darkness saw a great light, from Jerusalem to Rome, by the time of Luke’s interview.

Mary lived without luxury and with many heartaches. By the time she and Luke talked, she was an old woman, perhaps more than sixty years old. She probably was a widow and lived under the protection of John, the disciple whom Jesus loved. (John 19:26) (from Eavesdropping on an Ancient Interview) 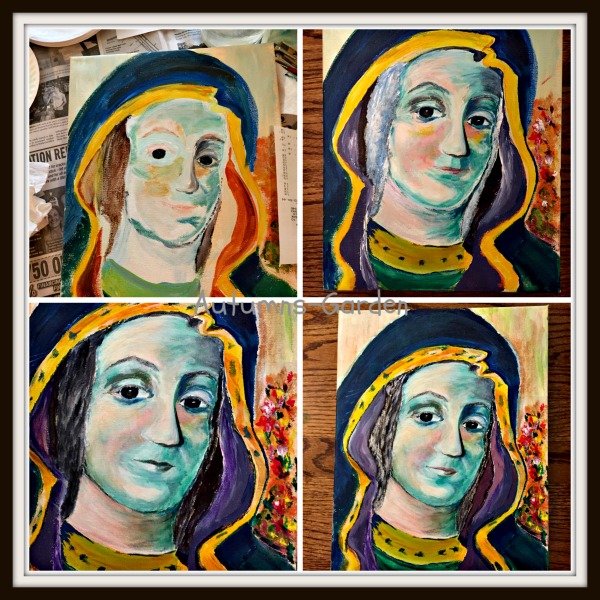 Trying to Paint a Wise Woman

Whether or not I can translate this into a cover will be the next step. For now, trying to depict on canvas the woman from the Bible who gave me excellent advice –  Do whatever He tells you. — made me reconsider her counsel.

How do I do that?

I have returned to John’s gospel, and am reading through it – noting the scribed sidebar questions and comments I’ve made over the years. It’s a memory jogger all right. 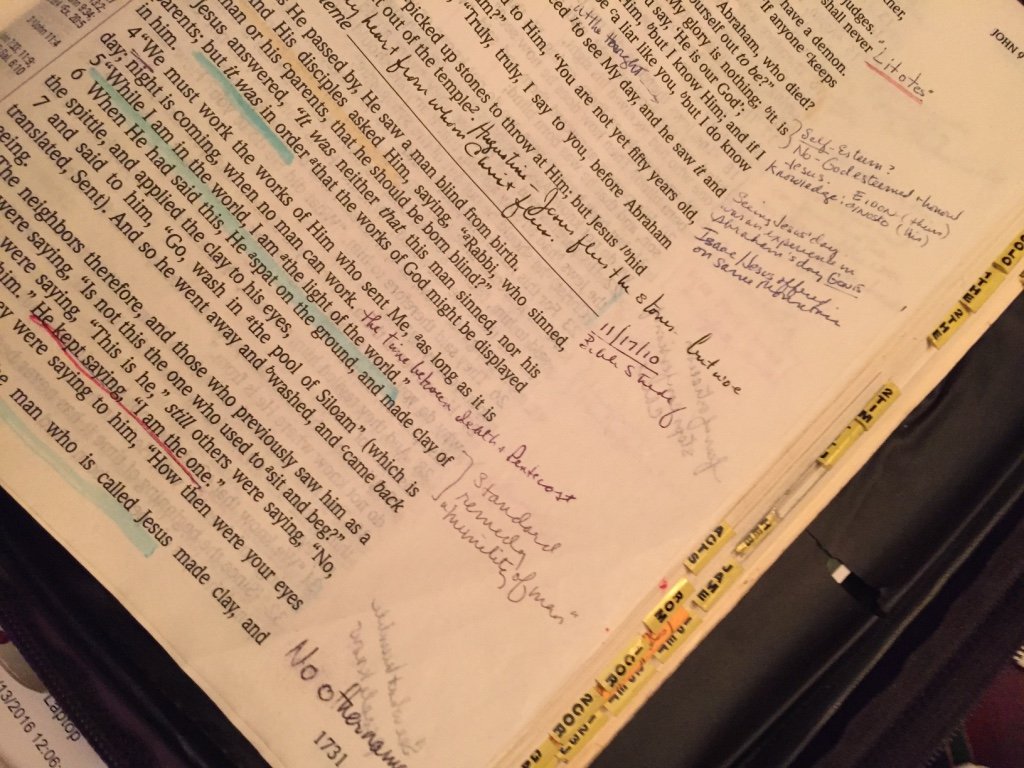 Do Whatever He Tells You. Really.

I remember our first pastor, William A. Mahlow, often urged folks with questions about God, His existence, presence, and purpose, to read John. He believed the answers could be found in that Gospel – but the willingness to put them into practice –i.e., do whatever He tells us — there’s the rub.

It ain’t those parts of the Bible that I can’t understand that bother me, it is the parts that I do understand. ~ Mark Twain

Praying that Mary’s advice reverberates in our hearts, and  in our words and deeds — even as I try to paint her as a real woman who understood stress!

I’ll keep you posted on when we publish Eavesdropping on an Ancient Interview — Maybe the cover will be a BIG surprise!