What a Difference Ninety-Eight Degrees Makes

Today is the 180thday of 2018, and ninety -eight degrees hotter than it was six months ago. As the New  Year dawned, it was 2 degrees. Today, it  felt like almost 100 degrees – and tomorrow and the next day will be triple digit scorchers! 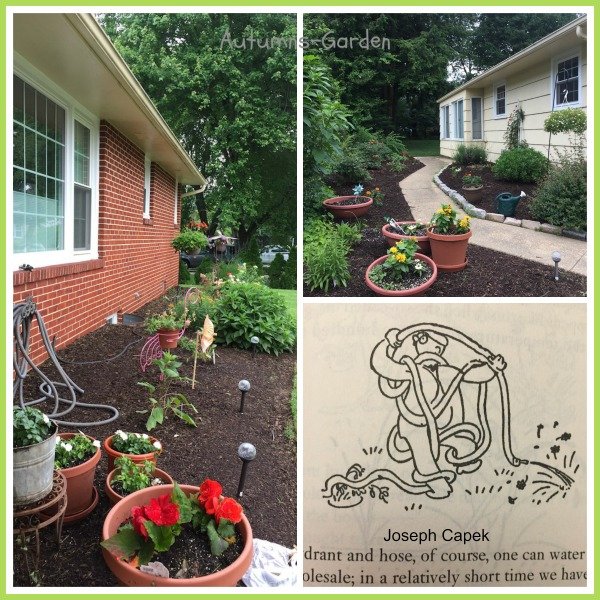 Tonight, though, we enjoyed a little gardening, and a lot of watering. The day’s heat wilted even the hardy zinnias. Not sure they will revive.

We have had so much rain throughout the spring, watering has not been a fixed chore. But I am doing it differently because of a suggestion. I water the base of the plants; more time consuming certainly. However,   gentle steams of water at the base of plants is more efficient and effective when the sun beats down.

Bending so low means getting a close look at the hardy weeds blossoming in the heat. The sun doesn’t wilt them! Not a bit!  The crab grass invading the beds is tenacious, in the baked soil, reminding me of a summer chore I hated.

My father kept a paring knife stuck in an old crab basket, one that carried a half-bushel of crabs from the docks in downtown Baltimore to Stoneleigh, for annual crab feasts. At least once a week, he would patiently dig out the crab grass, from the lawn, sometimes filling half a basket in an evening.

Why did he think I would enjoy that?

We didn’t have Prozac back then, and I am guessing that plunging the old knife under those pesky roots and pulling out  a spindly green invader gave him a reprieve from all the invasive upside world the late 1950’s and early 60’s were.

When overwhelmed and stressed and unable to think,
I go out and garden, it’s cheaper than a shrink. ~Author Unknown

Tending growing things, feeding, watering, trimming is purposeful and pleasurable, mostly — even in ninety-eight plus degrees.  It teaches paying attention to living things other than oneself.

No matter the greenness of my old thumb. watering and weeding are antidotes to worry.  Being productive in miniscule motions – is a gift, a blessing, a treasure that becomes more valuable than I ever understood watching my father weed his lawn.

So, too, gardening is a privilege, keeping the ledge over my kitchen sink in flowers.

Why try to explain miracles to your kids when you can just have them plant a garden. ~Robert Brault 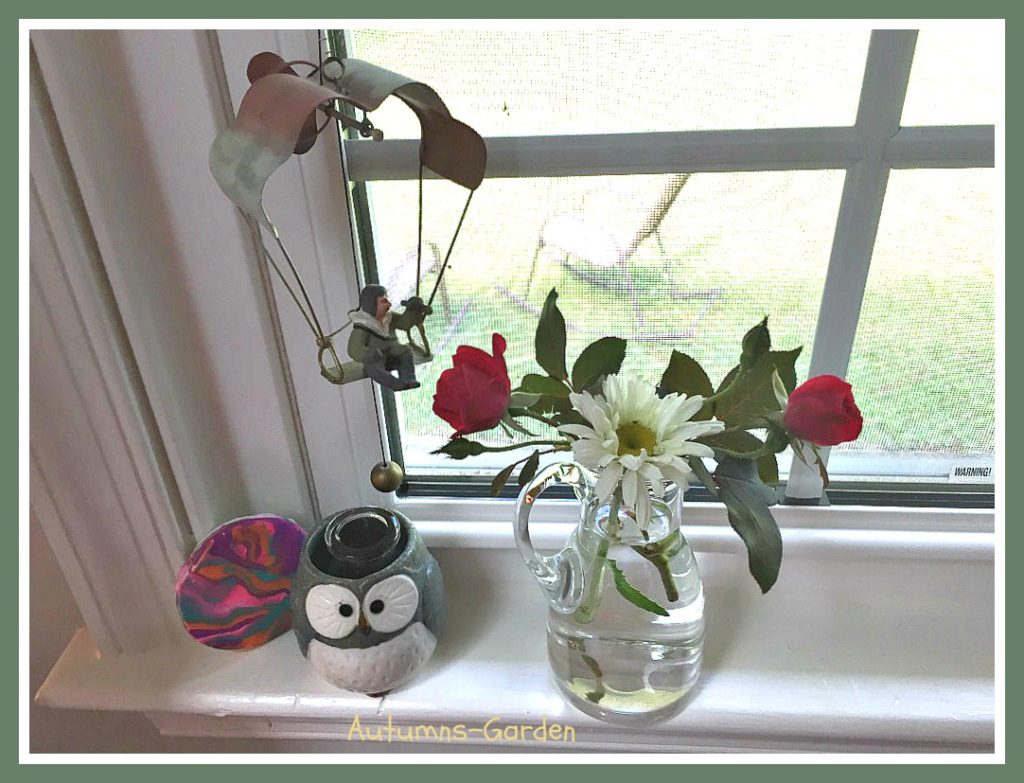 Flowers on the Ledge