Women Liberationists Who Still Goad Me

Some Women Liberationists I Missed

Growing up through the  ‘60’s, when the women’s lib was big news, I never heard the names of several nineteenth century women liberationists who set generations of women free from cultural and religious shackles.

In the nineteenth century, many women liberated themselves from Victorian social conventions. I knew all about Florence Nightingale; but not her Christian faith.  Yes, I was a college graduate, but, I knew nothing of Amy Carmichael, Gladys Aylward, Mary Slessor, and Lilias Trotter.

Nor, did I know of contemporaneous women, Elisabeth Elliot and Joni Eareckson Tada who broke certain conventions that had limited widows and quadriplegics.

Although they truly liberated imprisoned souls in their times, and ours,  they were news to me.  Talk about missing the reality behind powerful single women because  my anthem was  I Am Woman Hear Me!

So, an article in the current World Magazine reawakened my memories, reminding me one woman may not be able to do everything but she can do something, even in these crazy inside down days.

Here’s a link to the article: One Woman’s Legacy. Given the wars in Africa that terrify and paralyze me,  it’s good to remember what just one person who believes God can do. The article prods me to pray more – that the seeds others nurtured will keep bearing fruit!  (And put my money where my mouth is.)

How I Met these WOMEN Liberationists

Elisabeth Eliot’s radio show introduced me to women whose faith and works mentored her: Amy Carmichael and Lilias Trotter. (More on this favorite watercolorist later!)

Unfortunately, I had a skewered impression of Gladys Aylward because of the movie about her. (The Inn of Sixth Happiness) But, given today’s troubles in China, it might be time to do a little digging on what she accomplished

I grew up as a Christian reading about Amy Carmichael.

Actually, a child’s biography of her initially captivated me.  In it, simple sentences introduced me to a depth of depravity beyond my imagination. I don’t know which impressed me more, when I read about Amy Carmichael’s work: her accomplishments rescuing children and others from a seemingly invincible religion and culture; or, that her God hasn’t retired from helping women and men rescue people from the flames of their culture, including the American one. 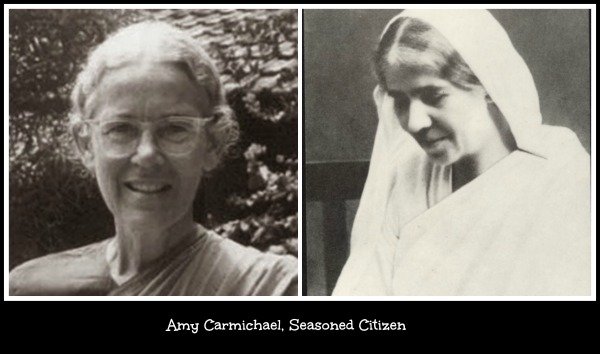 Even when she was bedridden for two decades because of injuries from a fall, Amy Carmichael kept writing, reading, and praying. Frankly, her zeal, submission, faith, courage, and compassion stun me.

“Which is harder?” she asked herself during twenty years of confinement. “To be well and doing things? Or, to be ill and bearing things?” (Amy Carmichael: Let the Little Children Come, Lois Hoadley Dick, page 152)

Even if I discount what her biographers write about her work and faith, her words goad me to put on my big girl pants and deal whatever threatens to put me on the couch with a case of vapors.

We aren’t too old to be liberationists! 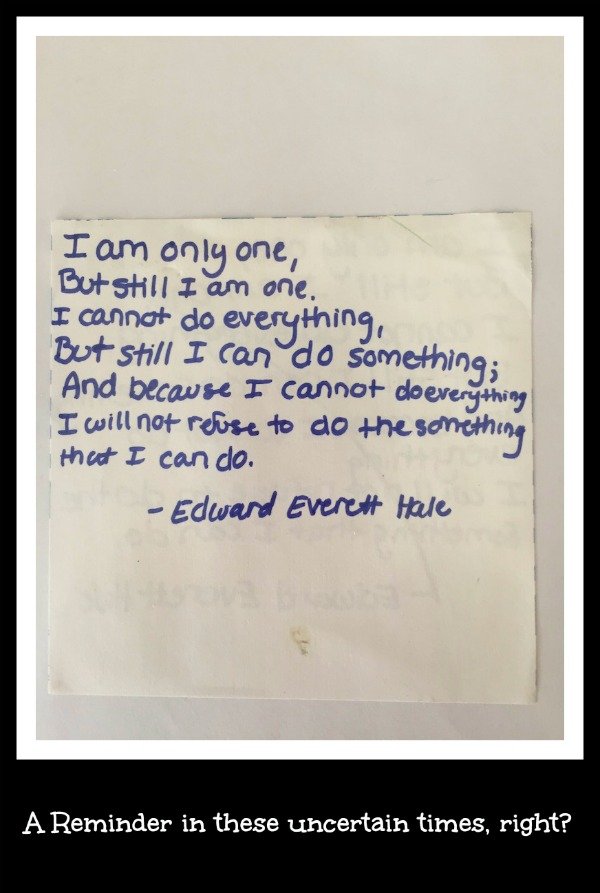 Old doesn’t mean brain-dead. I may be in a slower lane, but I’m still in the race! YOU ARE TOO, dear reader! So, there’s no need to hobble ourselves living in the past, or fearing what’s next.